Recipes
2 months ago
by Cody Hogan
0 0

After the clean, vibrant tastes and smells of summer vegetables, salads, and outdoor cooking, I find the complex aromas of long-cooked foods filling the house a consolatory change. Sweater weather is upon us (whether we like it or not), and personally, I think turning on the furnace is a sign of defeat. But the heat radiating from the stove and delicious aroma of braising chicken accentuated with spices may be all that’s needed to banish the chill from the room and the dread of shorter days to come.

The technique of braising has been around since man began cooking around a fire. It is a moist cooking technique, very gentle to the ingredients cooked, and capable of rendering extremely tough pieces of meat or fibrous plants tender (and therefore edible—even delicious) with nuanced flavors. In deft and attentive hands, the results are extremely flavorful and satisfying. In indifferent hands, bland and insipid fare is sure to be the outcome.

The following is my recipe for braising a whole chicken with cauliflower, freekeh (toasted and dried green wheat), and a few aromatics. Don’t feel limited to cauliflower (and carrots). Turnips, rutabaga, pearl onions, whole cloves of garlic—really any sturdy root vegetable that can survive extended cooking times could work here. Fans of curries would appreciate the addition of a tablespoon or two of garam masala or other warming spice blend. The chicken could be replaced by a duck (yum) or pork shoulder roast. The cooking time is about three hours* but the hands-on time is only about 30 minutes, making it a good choice for days when a one-pot meal fits the bill and preparation time is limited.

Braised Chicken, Cauliflower, and Freekeh
Start with a good chicken, about three to three-and-a-half pounds. (I prefer Campo Lindo from Lathrop, Missouri, available at better grocers in Kansas City.) Place it in a roomy bowl to await seasoning. In a dry skillet, briefly toast one tablespoon each of cumin and coriander seeds. With a mortar and pestle or spice grinder, grind one tablespoon of coarse sea salt (coarse, because it helps with the grinding of the other spices) with the toasted spices and one tablespoon of paprika—you could use pre-ground spices in a pinch, but the minute or so this extra step will take is worth the investment. Put about one quarter of the spice mixture into the cavity of the chicken, and sprinkle/rub the remaining mixture all over the exterior. If you have the forethought and time, season the chicken the night before and allow it to absorb the salt and seasonings overnight, or at least for a few hours. You will be rewarded with a well-seasoned bird and greater depth of flavor.

Meanwhile, soak about a cup and a half of freekeh or other sturdy whole grains, such as wheat berries, barley, or oat groats in water for a few hours. Break a head of cauliflower into florets (reserving any tender outer leaves). If there is much of a core, dice that into chunks of similar size. Peel two carrots and cut them into small rounds. Wash and trim about eight ounces of cremini or button mushrooms, cutting any excessively large ones in half. Strip the needles from five or six sprigs of rosemary and remove the stems from a big handful of sage leaves. Discard the stems and roughly chop the herbs. Combine all of the ingredients except the chicken in a Dutch oven or pot that will snugly but comfortably hold everything, including—eventually—the chicken. Toss the ingredients together, then take up a big handful (two if you have small hands) and put it inside the chicken, completely filling the cavity. Nestle the stuffed chicken down into the pot so that it is resting on a layer of the grain and vegetable mixture and is surrounded by an insulating layer on the sides. The breast of the chicken should be exposed. Pour one quart of chicken stock or water around the bird (more may be needed if the chicken isn’t submerged at least three quarters of the way), then generously drizzle olive oil over everything.

Place a lid on the pot and put it in a 350F oven. I would say forget about it for the next 90 minutes, but you won’t be able to—it will smell too good to ignore. At the end of 90 minutes, remove the lid from the pot and check the volume of liquid. It should still go about two thirds of the way up the side of the chicken. The vegetables should give off enough liquid to maintain that level, but if for some reason it doesn’t, add enough stock or water to return it to that level. With a ladle or spoon, baste the exposed surface of chicken and vegetables with some of the broth in the pot. Leaving the pot uncovered, return it to the oven and cook for 30 minutes more. Check it again, giving one of the chicken legs a little tug. It should be just beginning to loosen up. The level of liquid should have dropped a bit and the exposed portion of skin should be taking on a lovely burnished copper color. Cover the pot and return it to the oven for a final 30 minutes of cooking.* Remove the pot from the oven. The chicken leg should have loosened up. (If not, give it 15 minutes more, but I doubt you’ll need that.)

Serve the chicken, grain, and vegetables directly from the pot, being sure to get some of the unctuous juices from the bottom ladled over every serving. Note that the texture of the cauliflower is almost indistinguishable from the freekeh, and all of the flavors have melded. Although the dish needs nothing, a salad (particularly one of herbs like parsley, cilantro, chives, and celery leaves) would introduce a bit of freshness to the meal. A full-flavored white wine or light red would be a delightful beverage to serve, and an apple tart with a soft dollop of whipped cream would be a treat to share afterwards (you could make and bake it while the chicken cooks). Regardless how or when you present it, this fragrant and warming dish will almost certainly entice enthusiastic diners to the table, appreciative of the new season.

*The normal braising time for a chicken isn’t nearly that long, but the addition of a dense grain and stuffing of the chicken adds to the time.

In Your Pantry: Savory Spice Basics

If your seasoning technique is limited to salt, black pepper, and maybe crushed red pepper flakes (on your pizza), try adding these fundamental seasonings to your repertoire. 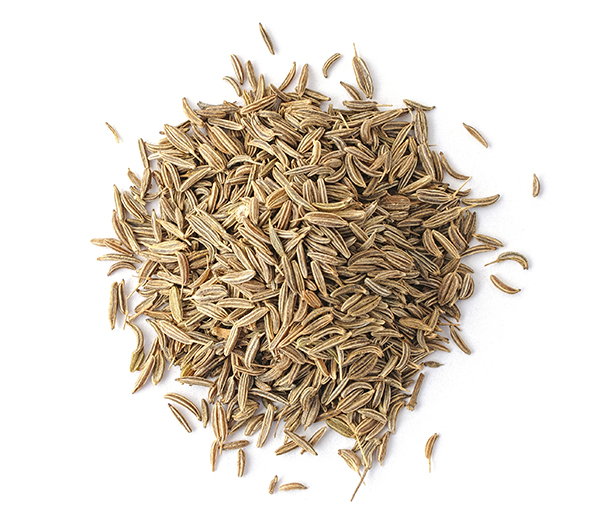 Cumin
Essential to Mediterranean, Indian, Middle Eastern, Mexican, and Latin American cuisines, the lemony-spicy seeds have been in cultivation for thousands of years.  Used whole and ground, their smoky quality is enhanced by toasting. Cumin is most flavorful when purchased whole and toasted and ground as needed. Good Tex-Mex chili is impossible without it. 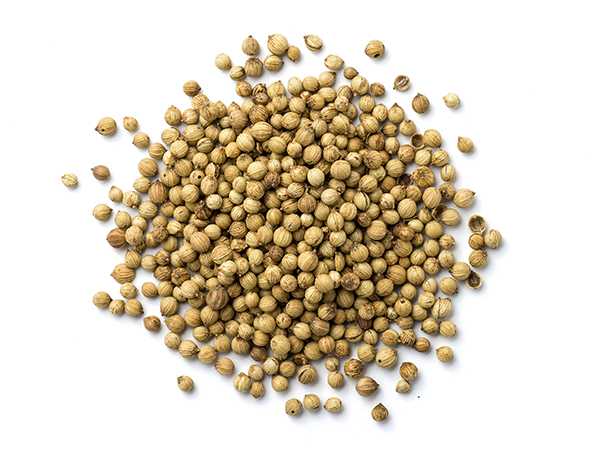 Coriander
A native to southern Europe and the Mediterranean, but extremely popular in Asia, the little round seed has been in culinary use for over three thousand years. It has slightly resinous cedar, citrus and floral notes, and in powdered form also acts as an emulsifier, making it ideal for stew, soups and curries. Coriander is used both whole (usually for seasoning things like pickles) and ground (when it is going to be consumed). If grinding it with a mortar and pestle is too much of a workout, use a spice grinder for a finer finished product. Coriander is a great companion to chickpeas and indispensable in a good hummus. In its fresh green form, it is known as cilantro. Coriander is very easy to grow and harvest right here in the Midwest—just let your cilantro go to seed, and when the pods are dry, winnow them like wheat and store in an airtight jar. 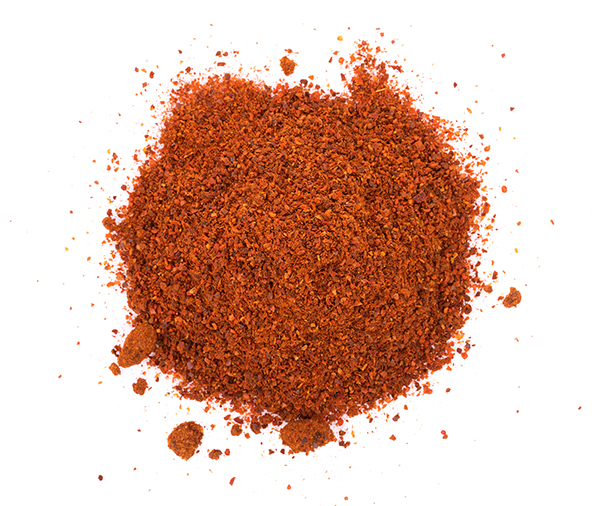 Paprika
Originating in North America (specifically central Mexico), the peppers used to make paprika powder were taken by Spaniards back to the Old World in the 1500’s. Eventually making its way east to Ottoman Turks in Buda (now part of Budapest), paprika has evolved over the centuries to the product we now know. Its flavor varies from mild to hot, sweet to smoky depending upon the exact variety of pepper and processing method used. Paprika is a good tool for coloring foods, but don’t add it to hot oil if you want to preserve its bright color because it will turn a dark brown (add it with other liquid elements instead). Smoked paprika is known as pimenton.

In the Kitchen: The Versatile Carrot Salad