Cold-brew coffee has become a staple these days, with gas station coolers and grocery stores carrying a variety of brands and flavors. But for a truly refreshing and decadent experience, nothing beats a coffee milkshake. “We’ve seen a lot of people ordering our frappés—Parisi’s version of a coffee milkshake—as the heat increases,” says Mike Marcus, café manager of the new Parisi Café in Overland Park. “Whereas a lot of coffee shops make one with a blend of milk, ice, and coffee, we’ve found espresso and soft serve gives a more intense flavor and smoother texture.” 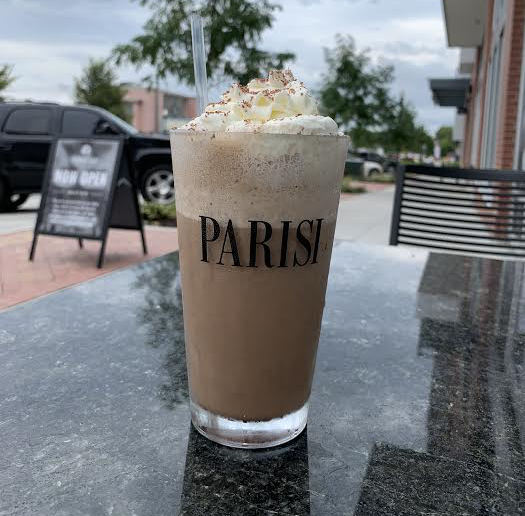 In addition to Parisi Café’s signature frappés, Mike recommends the affogato. “This is almost like a deconstructed coffee milkshake,” he says. “We take vanilla gelato and pour two shots of espresso over it. The result is lighter than a frappé, but just as indulgent.” (He had us at gelato.)

While the new café—located in the Vue development next to the Edison District—isn’t serving cocktails yet, it plans to add a list of boozy, coffee-infused drinks to its menu soon. The following recipe is a sneak peek of what you may soon enjoy during an ultra- caffeinated happy hour at Parisi Café. 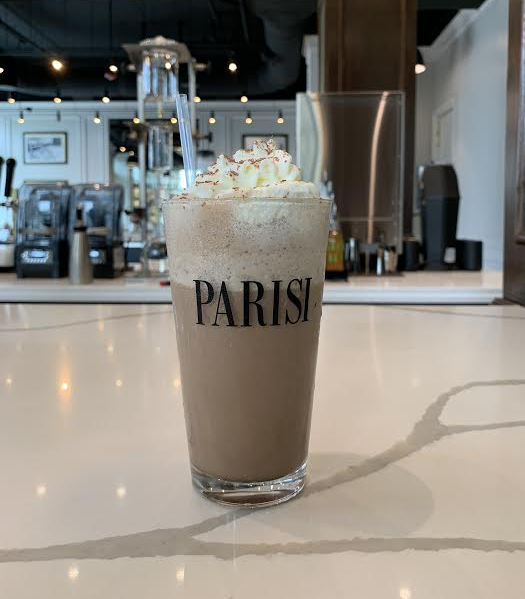 Directions:
Brew 3 ounces—the equivalent of 2 shots—of espresso. (If you’re unable to make espresso, ultraconcentrated coffee is an acceptable substitution.) Combine soft serve, chocolate liqueur and espresso in a blender and combine on medium speed until appearance is uniform. Pour into a glass, top with whipped cream and chocolate shavings, and voilà—a decadent coffee milkshake can be yours!

*Using an AeroPress is the simplest and most cost-effective way for people to brew espresso at home. It’s available from a wide range of retailers and typically costs around $30.

For more information about Parisi Coffee, go to www.parisicoffee.com. You can also follow them on social media outlets at @parisicoffee.