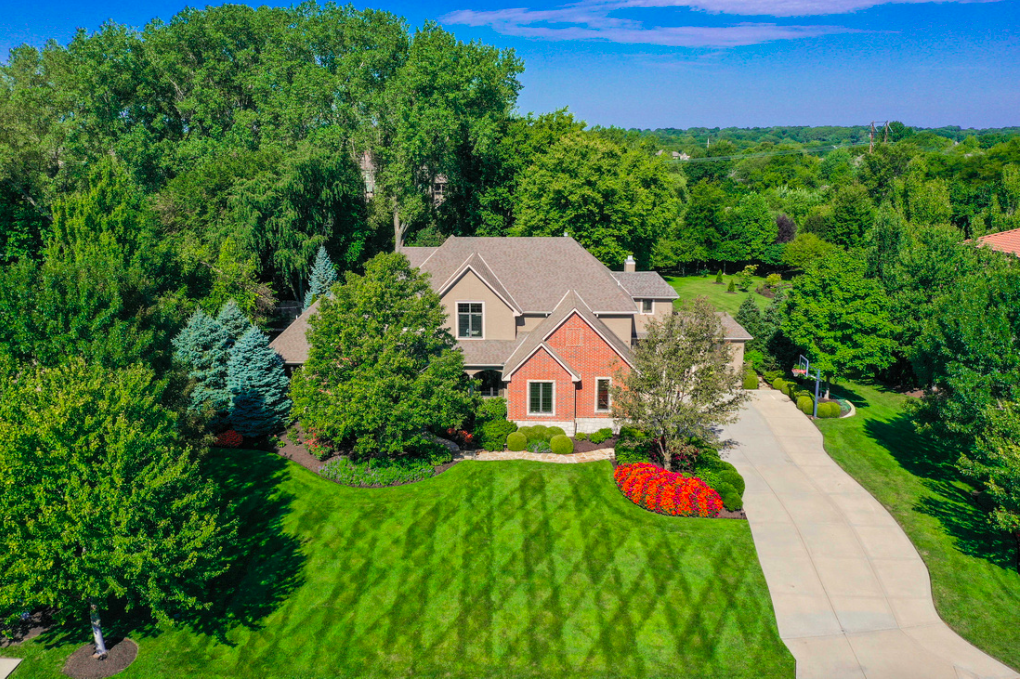 Now that spring is here, Kansas City’s white-hot real estate market just got even hotter. And if you’re on the fence about selling your house, The Broderick Team at REMAX says to strike while the iron is hot. “Well, technically, the iron is now melting,” quips team leader Heather Broderick about some of the insane offers she’s been handling.

Broderick—a Kansas City native and KU grad—says she’s never seen anything like it. And to ensure her clients are happy, she’s pulling out all the stops to ensure last-minute deals come to fruition. For Broderick’s team, it’s all about who you know. “And we know everyone,” she says. “For us, the relationships we have with other agents in town will put the wheels in motion, sometimes before homes even go on the market. If you’re in a multiple-offer situation, and you know the other agent like we do, we’re nearly guaranteed to get the deal done and get our client to closing.”

She’s not kidding either.

“Everything is getting snapped up,” she says. “I put a $1.3 million home on the market and had three offers almost instantaneously. That speaks volumes to the kind of market we’re in.” Broderick recently added a new Realtor to her small, but mighty team of four. “We’re proud to introduce Jackson Brett,” she says. “I appreciate the energy he’s bringing to the team. He’s allowed us to refocus and work even harder for our clients.”

Brett says he’s a local kid who’s lived all over the world, but he’s glad to be back working in a town he loves and alongside such a powerhouse team. “When we go into a situation that has six, seven, sometimes eight other offers, we’re unfazed,” he says. “We’re going to work as hard as we can and use all our KC connections to get our clients the house they want. I’m sure of that.” 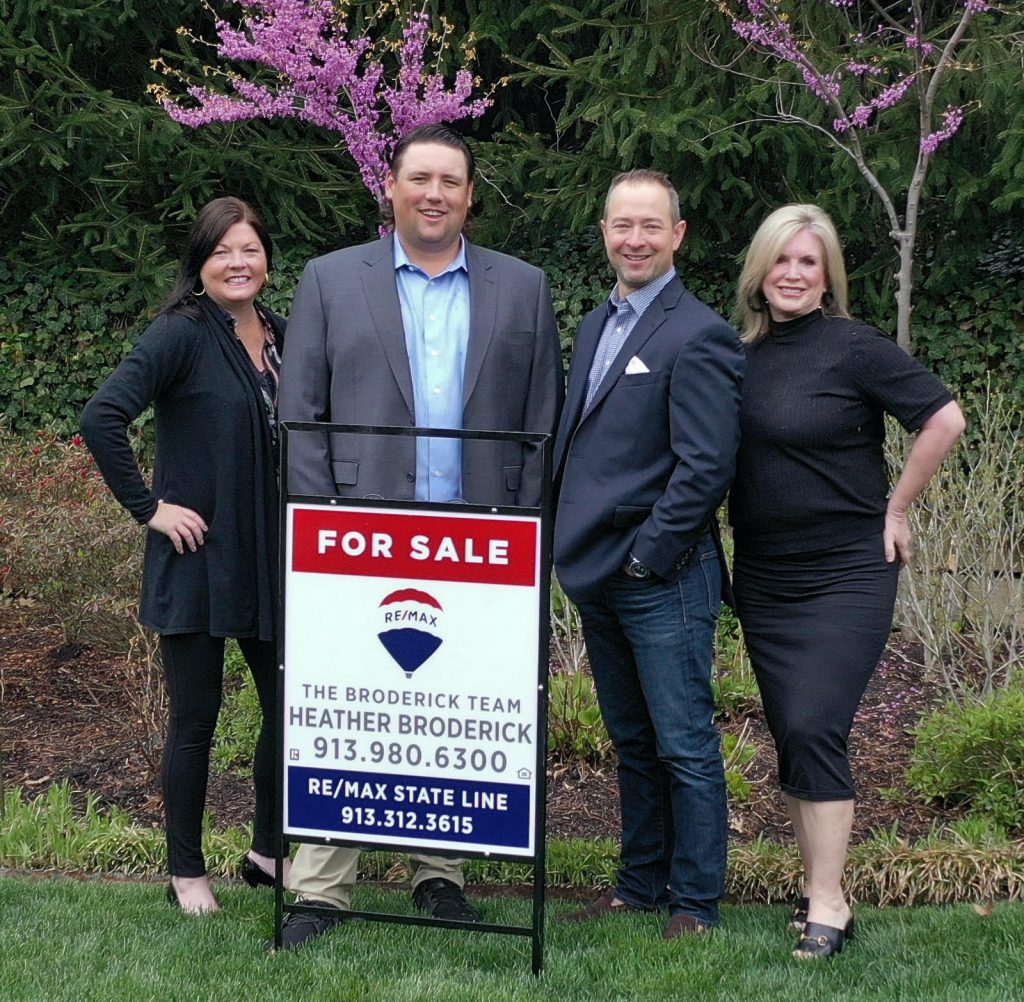 Above and Beyond
When asked what sets The Broderick Team apart in this saturated market, Broderick says sheer drive. She considers her clients to be her extended family. That mentality has served her well—as 95 percent of her business comes solely from referrals. “We’ve had relatives of relatives come back to us 15 years later because we did such a good job for them the first time around,” she says.

Broderick’s colleagues, Vicki Ferguson and Clay Wells, second the notion of ensuring their client’s ultimate satisfaction. “I’ve cleaned out a client’s garage and basement in order to get their house sold within hours,” Wells says. “I once broke not one, but two saws trimming bushes outside a client’s house in need of extra curb appeal,” Ferguson says with a laugh. 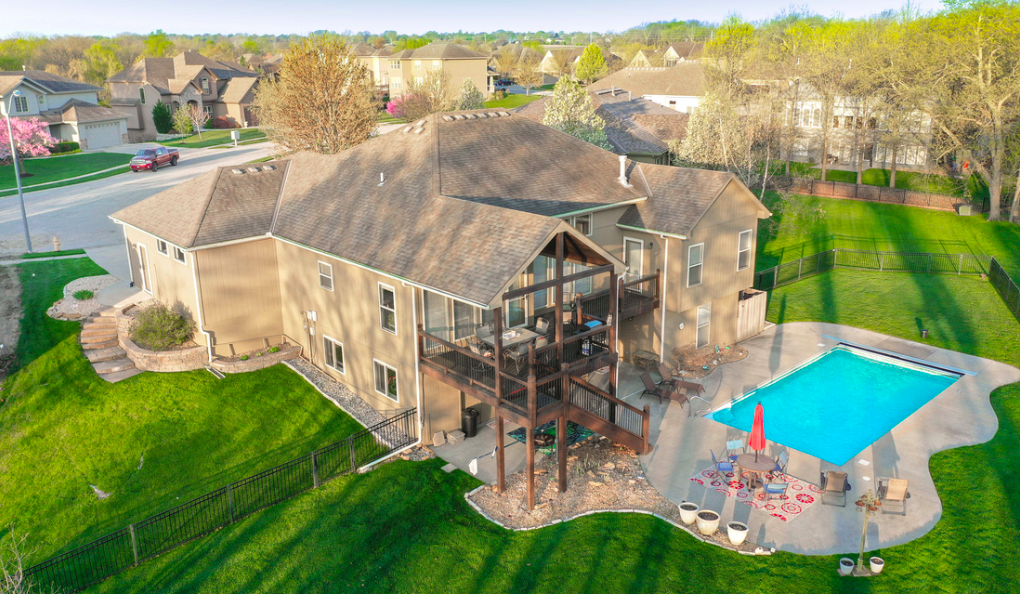 One thing the team is not lacking in is personality. “We’re all so different, but have confidence in our skill set,” says Broderick. “All four of us live in different parts of the city, so we have the ability to tackle the metro with ease. The last thing we want is to see our clients frustrated, so our number one objective is to always look out for them and find things before they go on the market.” 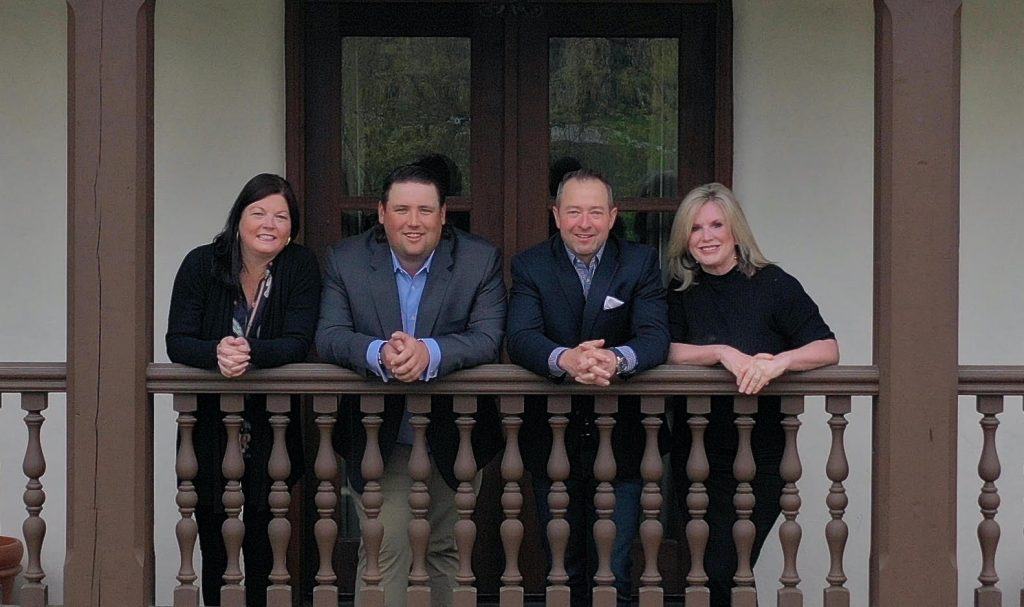 Moving To Town? Call The Broderick Team—Stat!
Broderick points out a recent LinkedIn article that reports Greater Kansas City is now in the Top 5 fastest-growing cities in America. “Makes sense. A bulk of our clientele are corporate out-of-towners moving into the city. That also explains why inventory is often so low,” she says. “So if we say we can find you a house quickly, we mean it. You have my word on it.”

Besides specializing in helping wayward CEOs find suitable shelter, The Broderick Team is also savvy to first-time homebuyers. “Certain areas—say, Prairie Village—are pricing themselves out of the market,” says Brett. “Good thing we have a lock on other ‘burbs—like Merriam and Roeland Park—so our clients can take second glances at great properties that fit the bill.” 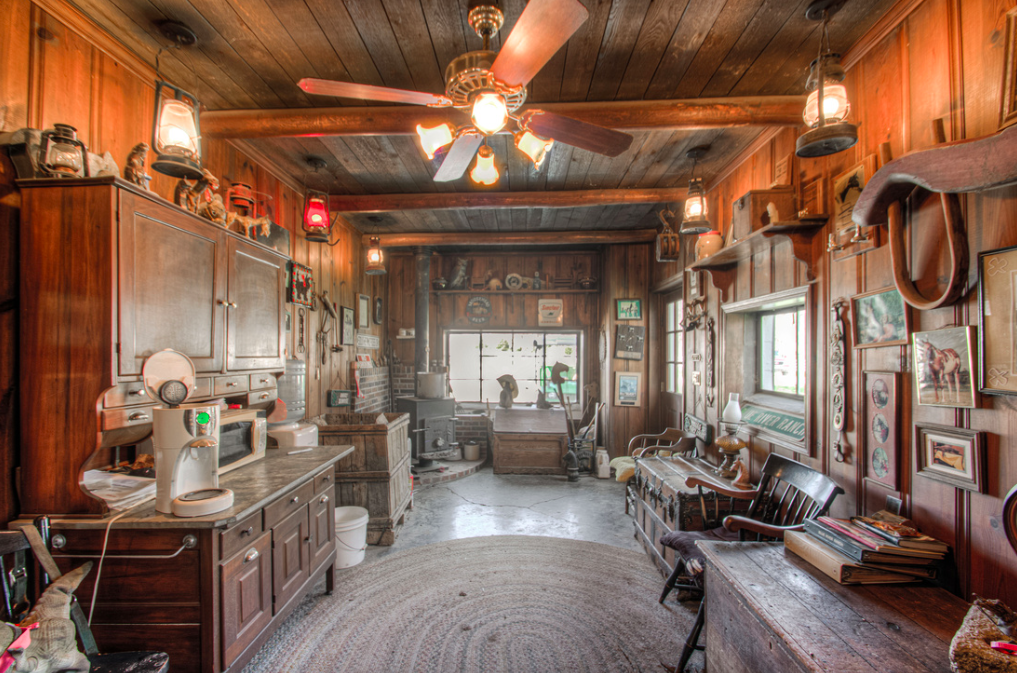 Based in Leawood, The Broderick Team at REMAX is not only independently owned and operated, but each Realtor at the agency is licensed in both Kansas and Missouri. And the team says they’re more than willing to go the extra mile in order to buy or sell a house. “Early morning, late at night, weekends, it doesn’t matter,” says Broderick. “At the end of the day when we get the deal done—and we will get it done—we have happy clients. That’s the most important thing.”