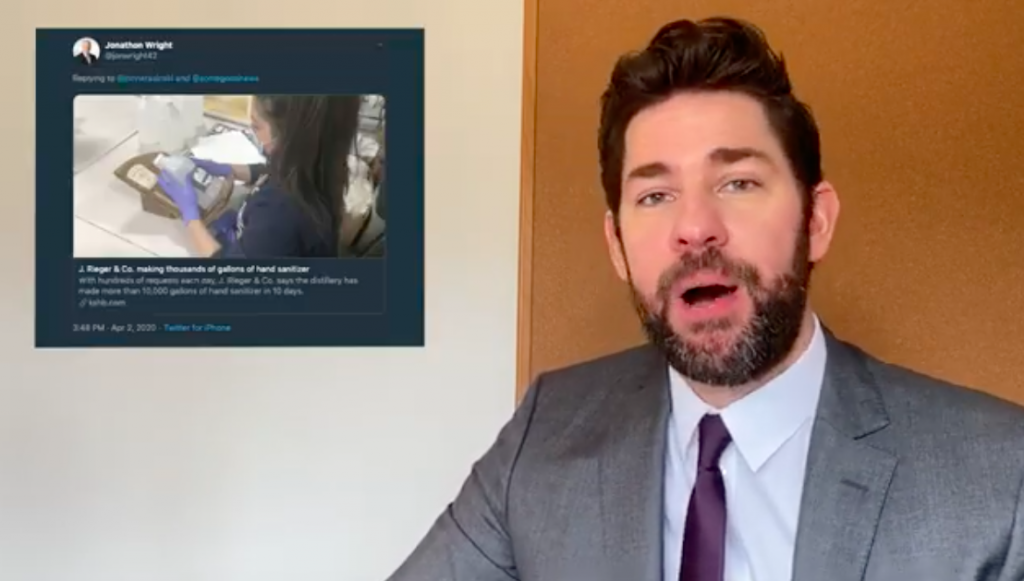 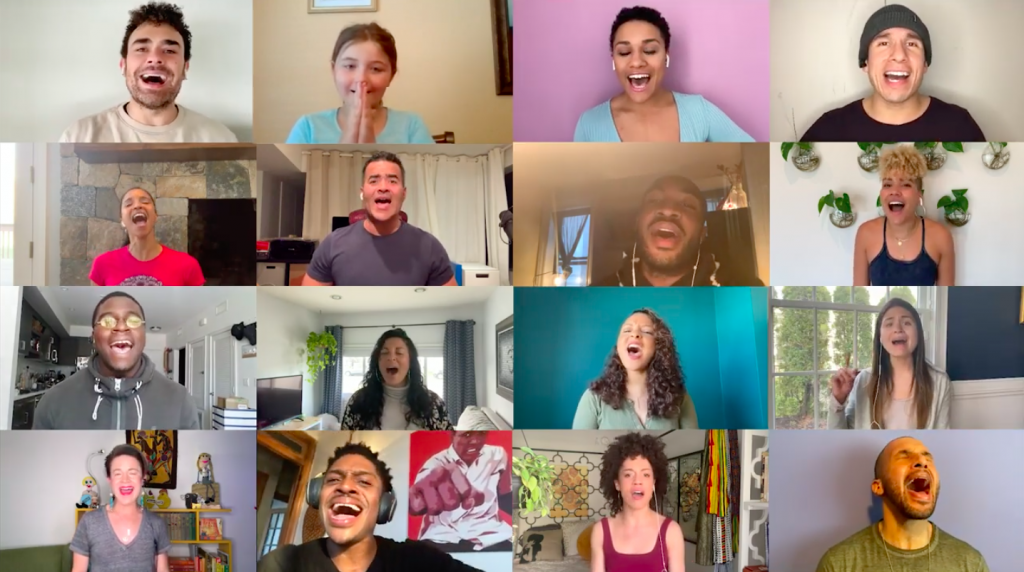 This week, he upped the ante (and the production value) by doling out bits of insightful, droll anecdotes along with one huge surprise. Krasinksi had the ultimate Zoom-bomb—with the original Broadway company of Hamilton reuniting over video chat to surprise Aubrey, an exuberant young fan whose plans to see the musical in New York were canceled because of the pandemic. (Bless their hearts—Krasinski and his wife, Emily Blunt, gifted Aubrey with tickets and airfare to see the show in Manhattan once, you know, Broadway is back in session.)

Local, eagle-eyed viewers, however, will notice a bit from J. Rieger and Company that you can find (look sharp!) at around the 2:50 mark in the video. How did that come about? Well, sounds like the company was just as surprised to be mentioned as we were—thanks to a tweet from @jonwright42: 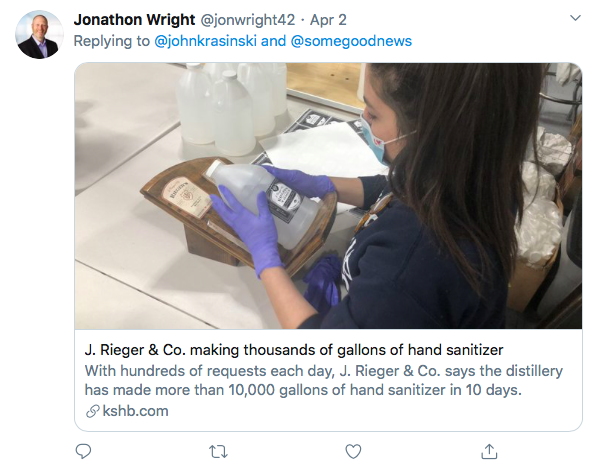 “It was really cool to wake up to this posting from John Krasinski this morning. So many people have tagged us on social media because they caught the mention of us on the show,” says Lucy Rieger, brand director. “Shifting production at our distillery to start making hand sanitizer has always been about filling a need in our community and keeping our staff employed, so we hadn’t put any effort into ‘bragging’ about ourselves or making a PR push. But our fellow Kansas Citians are sharing our story for us, because they know we are all in this fight together!”