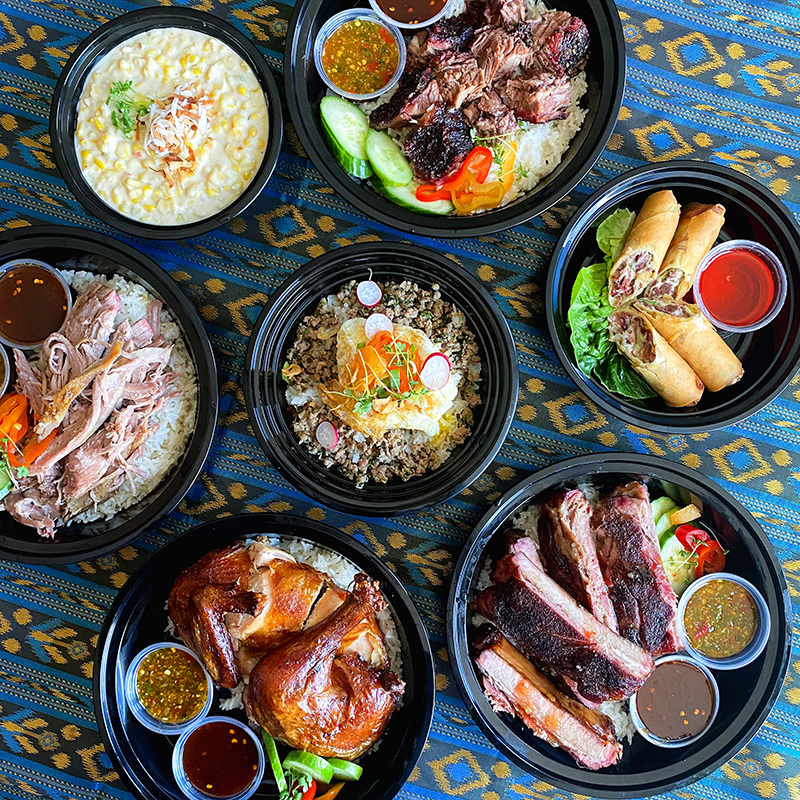 Waldo Thai’s Ted Liberda grew up eating his mom’s traditional Northeastern Thailand Isaan cuisine and plenty of Kansas City barbecue. He’s sharing those bold and sweet complementary flavors with all of KC via Buck Tui BBQ, a new concept in Overland Park launched in collaboration with bartender extraordinaire Mari Matsumoto. A brick-and-mortar restaurant is slated to open later this summer (7200 West 121st Street), but Buck Tui made its debut at the Overland Park Farmers Market, giving the neighborhood a sneak peek of what to expect: Think brined brisket, roasted chicken, and chili-glazed ribs all served over seasoned jasmine rice with house-made barbecue and Tiger Cry sauces, plus sides like brisket rolls and spicy papaya slaw. As for the cocktails, the drinks will have a vacation feel along with some barbecue influences.

Reservation for One: Buck Tui