Ever since artist Jake Berman created a map of Kansas City’s 1920s interurban railway network and posted it recently to Reddit, it’s been gaining a ton of buzzworthy interest. We caught up with the artist to get the scoop behind his uber-detailed maps—and, more importantly, why old-school light rail has become his muse.

Do tell — what was the genesis behind this art project?
“Several years ago I was living in LA—and was in the middle of one of LA’s infamous traffic jams—I got really frustrated. And I started wondering why Los Angeles hadn’t built a subway like New York or Chicago.  I started to do research at the L.A. Public Library and I found a century-old map of LA’s thousand-mile light rail system from the 1910s. One thing led to another, and I found out that virtually every city in America had one—so I decided to start illustrating these vanished transit networks in a way that’s accessible to someone in 2019.” 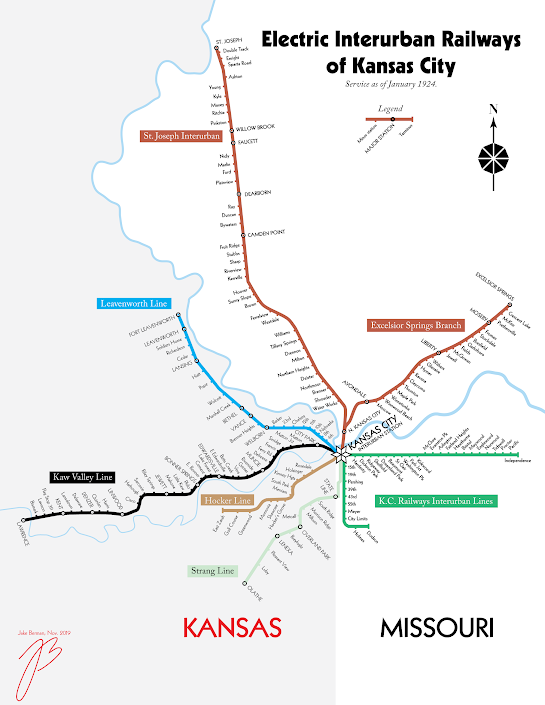 What did you learn about the metro via your 1920’s mapping of the light rail network?
“For me, the most shocking thing about KC in the 20s was its reputation for vice. Kansas City in the 1920s was the Vegas of its day—and under the Pendergast machine everything was okay as long as the money flowed. Sex, drugs, liquor, and shameless corruption were all part of KC’s reputation, and it’s shocking to see just how quickly that reputation disappeared.” 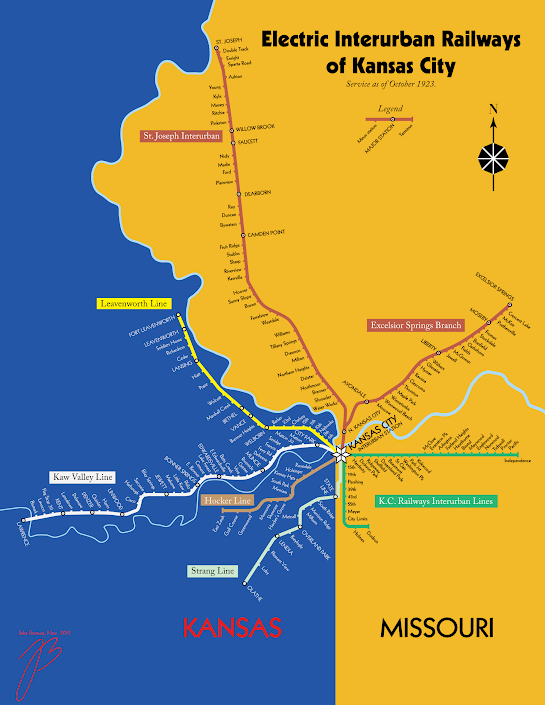 You’ve also got a Mizzou and KU-friendly version. I’m guessing there’s a personal connection, yes?
“My late grandmother was an undergrad at KU in the 1920s, so I’m certain that she took the Kaw Valley line at some point.”

Will these eventually end up as posters? I’m assuming they’d make a nifty Xmas gift for someone who’s KC-centric, right?
“They are!  I’m also turning it into book, which should be out next year.”

Anything else you’d like to add?
“What I want people to take away from my maps is that good public transit isn’t a fantasy—it’s history. So it’s okay to envision a future where Kansas Citians aren’t required to drive for everything—because that’s how it was in the past.”