One dish, in particular, put Lane on the proverbial catering map. It’s by far his most requested—and most nom’nom’ed—nibble: his beloved Hot Onion Puff. He’s served ‘em for nearly a quarter of a century. Lane has done the math and guess-timates he recently served his 1,000,000 puff. “We have had guests come back to the kitchen and stand by the oven,” he says. “Of course we had to tell them we had to let them cool first otherwise the hot, hot onion puff would burn their mouths. They just do not care—some are simply addicted.” 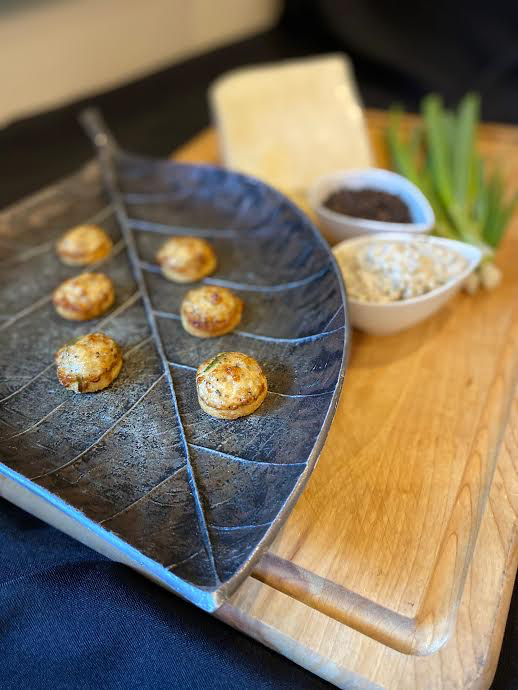 What was the genesis behind the Hot Onion Puff?
“I am sure I saw it in an obscure column in a cooking section of some newspaper. It was not an Onion Puff recipe per se, but a spread on toasted bread or something like that.  It might have been a dip. I thought maybe I could put this on a toast round and serve as a passed hors d’ oeuvre. Well, we tried it and guests loved them.”

How do you describe it to guests?
“We simply say, ‘Hot Onion Puff?’ One taste and you are hooked. It is a flavor burst of warm, salty, savory, and just plain eye-opening. It is an incredible accompaniment to any cocktail, wine, or beer.”

Drop some names! Who are some famous celebs you’ve served your famous savory pastry?
“This list is all over the board.  Since it is our signature item and our clients love them, they want their guests to have them as well.”

Over 1,000,000 served? That’s impressive! Who are you—McDonald’s?
“That is too funny—but kind of-sort of. We do around 850 events each year ranging in size from eight to ten to 3,000 guests. We plan two to three per person, so when you do the math it really adds up.

We have actually had to divert servers out of houses to go into the party at different points of entrance to avoid guests who crowd by the kitchen door to get them right out of the oven.

When Greg Graves (the retired CEO of Burns McDonald Engineering) gave his acceptance speech for one of his civic awards with 800 guests, he said—and I paraphrase—‘I am grateful to Kansas City for so many things: the Chiefs, the Royals, the arts, and Lon Lane’s onion puffs.’ The crowd roared and applauded. The Onion Puff is a brand!”

I hear there’s a DIY at-home kit. Tell me more.
“Since we have not been doing events, our clients are having onion puff withdrawal and asked us if we could include them in our Inspired Occasions At Home take-out offering.

So we send 24 toast rounds, the mix, and a gold spoon to spoon the mix onto the toast. We also include the link to a video of me explaining how to make the puff.”

A gold spoon?
“The Crown Jewel of LLIO’s hors d’ offering could have nothing less than a gold spoon.” 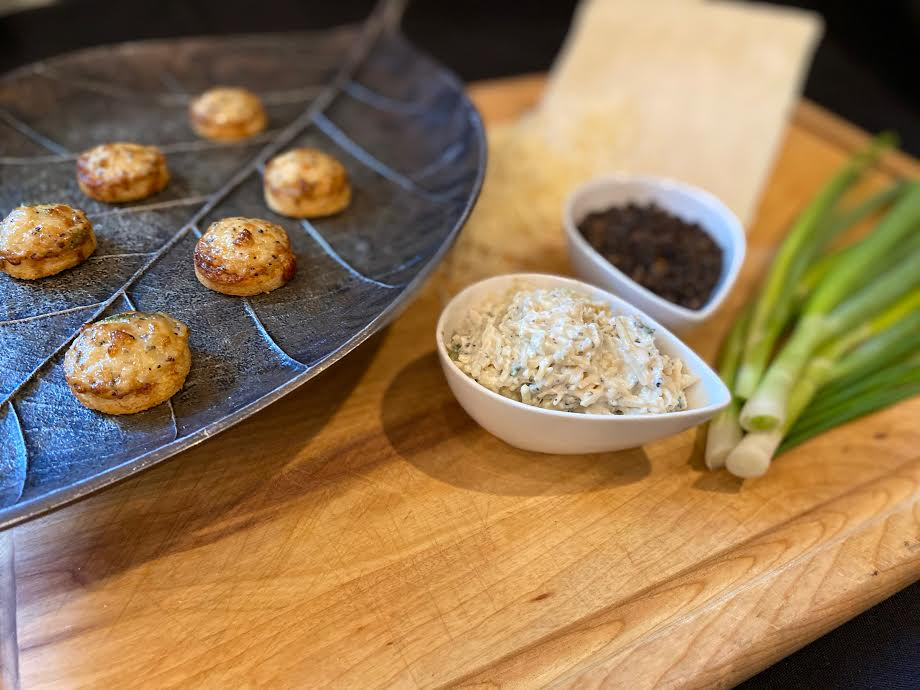 You’ve retired, but your recipe lives on, yes?
“I may not be remembered for much, but if I am fondly remembered as the guy who served the Onion Puff, I will not have lived my life in vain!”

Finally, when you were whipping up this appetizer 30 years ago, did you have any idea this tasty crave-worthy morsel would be your legacy dish?
“I knew it was good. I knew clients and guests loved them but actually, I thought they might get tired of them. In the beginning, I may have put them on every other menu but then clients started requesting them when they booked their event.

When guests went to an event and saw that Onion Puffs were being served; they knew Lon Lane’s Inspired Occasions was in the kitchen! I have shared this recipe with other caterers across the country and they actually put this on their menus as Lon Lane’s Onion Puffs. Who knew?!”

Catering to Your Taste

Q39 Has All Your Holiday Catering Needs Covered