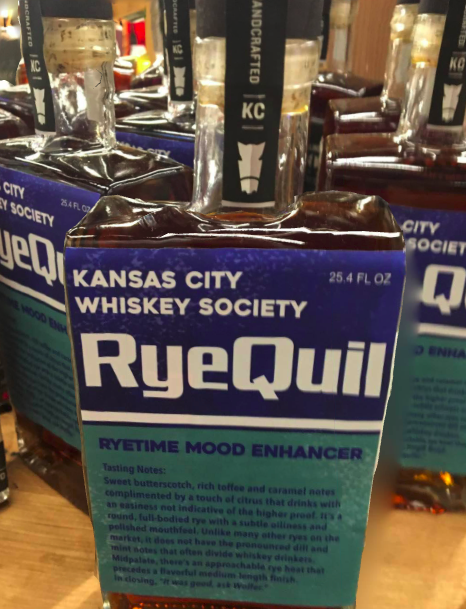 Well, we just discovered RyeQuil—a magical elixir which is even better if you’re sick. Ahem. This newly minted straight rye whiskey was created “in partnership with the Kansas City Whiskey Society and Gomer’s of Kansas,” says Union Horse Distilling Co.’s co-founder Damian Garcia. “It was barreled back on October 7th of 2014 and comes in at a barrel proof of 125.44 that was chosen as a special bottling for the spring from six different barrels.”

This “big and bold whiskey packs flavors of butterscotch, rich toffee and caramel notes complemented by a touch of citrus that drinks with an easiness not indicative of the higher proof,” Garcia says. It’s been getting rave reviews since its release, but—be advised!—there’s “a very limited number of bottles—approximately 50 left,” says KCWS’s own Bert Brown. When they’re gone, they’re gone. ($54.99 and only available at Gomer’s in Lenexa.)

According to Garcia, this is the second barrel pick they’ve done with the Kansas City Whiskey Society and first with Gomer’s of Kansas. “We really love partnering with them, they’re both fun and beyond knowledgeable groups,” he says. 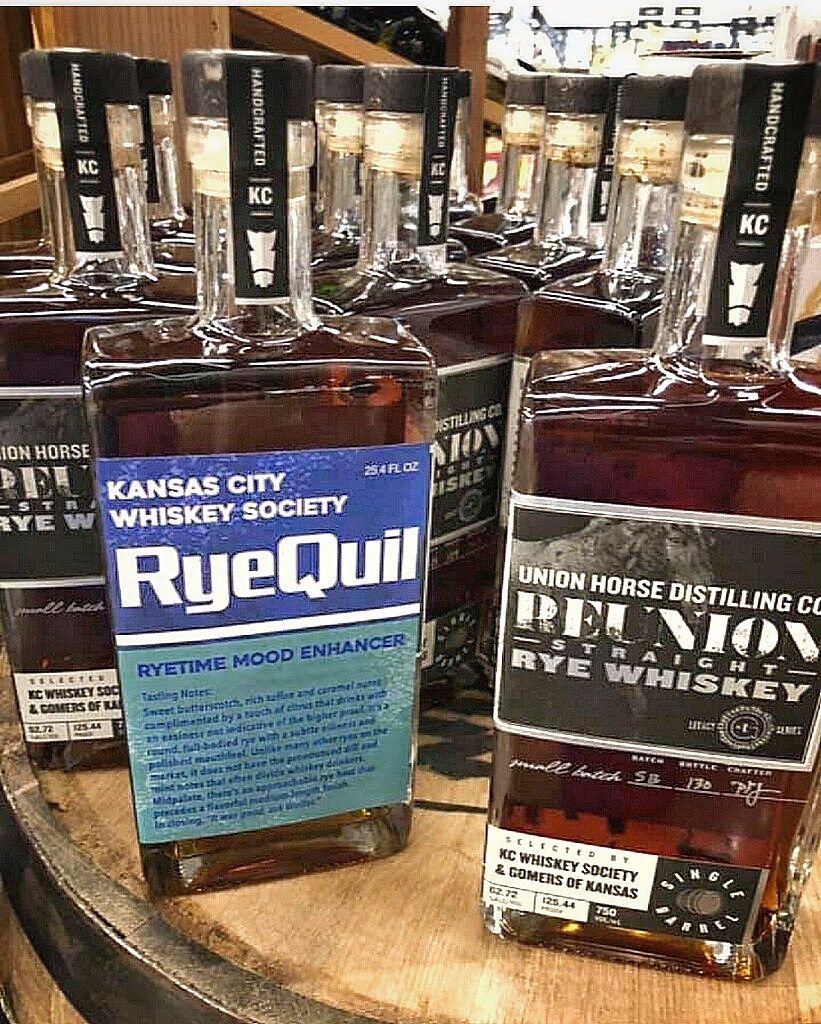 And as for the punny name RyeQuil? “It’s become a tradition with single barrel picks across the nation for groups (read that: whiskey clubs) to come up with a fun, clever brand and story to set their barrel pick apart from others on the shelf—or ones they’ve done before,” says Garcia. “The label is adhered to the back of the bottle by the group. We’ve seen a lot of wacky and pretty funny ones that groups have done from the barrels they’ve chosen from us.”