It wasn’t so very long ago friends gave me the moniker “After Three Merrily,” as in after 3 a.m. Of course, they were right there with me, hootin’ and hollerin’ along to Aretha, the Stones or Neil Young, enjoying adult beverages into the wee hours. We would actually feel okay the next day. Now that we are older, such antics would put us in bed until Tuesday. I consider it a soaring triumph to make it to midnight. My husband, never an after-three kinda guy, would be happy to leave as soon as he finishes dessert. I’m not ready quite that early.

(And speaking of dessert, brioche bread pudding with salted caramel sauce is divine for a January dinner party. Email me for the recipe.)

For anybody—couple or singleton—exiting a party is a delicate art. Sometimes it is a several-staged process, other times it should be done quickly. There are no set rules for departing gracefully. But here are some thoughts about taking your leave with style and consideration.

Aaaaaaand I’m Gone
When one person leaves a party, the rest can fall like dominoes. The early-exiting guest should be mindful of this dynamic. When you must depart prematurely, do so quickly and inconspicuously. If you know in advance you’re going to need to bounce early, inform your hosts so you can sneak out without undue attention. In some circles, this is called the Northern Irish Goodbye, not to be confused with the departure technique called (if you’re English) The French Exit or (if you’re French) the English Goodbye, when one vanishes without saying farewell. To wit, when one ghosts.

The Merits of Ghosting
Obviously, the propriety of ghosting depends entirely on the circumstances. It can be monstrously rude, or what an ideal guest would do.

Many of us were taught we should always find the host and say goodbye. Sometimes that’s not practical for anybody. At a larger celebration, say a big wedding reception, where the hosts are on the dance floor or engrossed in conversation, to interrupt them would be thoughtless. If everyone said a personal farewell, the hosts would be saying goodbye all night long. Ghosting is entirely appropriate in these cases, perhaps followed by a text on the way home.

But sometimes ghosting is a no-no. At a gathering of 25 or fewer, it falls into the category of boorishness.

The Gauche Ghost
I’m still pouting about how I was rudely ghosted several summers ago, at a seated dinner for 12 at my house. We took a little break from the table before serving dessert (an amazing berry and buttermilk cobbler; email me for the recipe). During that interlude, a guest simply vanished. I didn’t hear a thing from him afterwards, no text from the car, no call the next day or the day after. The following Wednesday, after not hearing from the ghoster, I texted him, asking what went wrong. He replied that it wasn’t me; that someone had said something that hit him the wrong way and he thought it better just to step away.

It’s 2019; we all have phones that enable us to communicate instantly. Text messaging is, while not the perfect remedy, a viable band-aid for covering such a faux paus. The ghoster’s behavior would have been acceptable had he sent me a text or email that evening or the next day. Or better yet, he could have sent a handwritten note.

Be Brief. Be Brilliant. Be Gone.
Then there is the annoying opposite of the ghost, The Big Lingerer. This is when you announce you are leaving, then you stand at the doorway for 30 minutes, sharing the love. At a smaller gathering, The Lingerer is particularly vexing from a host’s standpoint, because it puts the party in limbo. Once you have announced your intention to leave, the party cannot move into its next phase—if there is going to be one—until you make your exit.

When you say goodbye, you don’t need to apologize or make an excuse for leaving, unless you are ducking out early. And you don’t need to be especially creative. A heartfelt hug, if you’re a hugger, and a sincere “thank you, I had a wonderful time” are sufficient. If you can’t connect with both hosts—when the host is a couple—one will do. Your effusiveness can be saved for a follow-up text (good), e-mail (better), or handwritten note (best).

Hosting Advice: The Strong Finish
My friend Lon Lane, owner of Inspired Occasions, is one of Kansas City’s best-known party planners. He has great advice for wrapping up a party of any size. “A good party is like a book — it has a beginning, a middle and an end,” says Lon. “For it to be memorable, you need to end with a bang.”

Don’t make after-dinner coffee service seem like an afterthought,” Lon says. “Serve wonderful coffee, cappuccino or Café Diablo. Bring out some limoncello, cognac, brandy, or port. Make it an event. Your guests will remember it forever.”

I like to set out pretty little bottles of chilled Pellegrino water in a place where departing guests can see them—people deeply appreciate some hydration for the road. Costco now offers Kirkland brand “Italian Sparkling Water” that tastes as good as Pellegrino, but costs much less.

This is a delicious post-dessert course for a small, seated cold-weather dinner party. Before the guests arrive, have the cream whipped, the sugar measured and the coffeemaker all set to brew, or you’ll never get around to serving it. 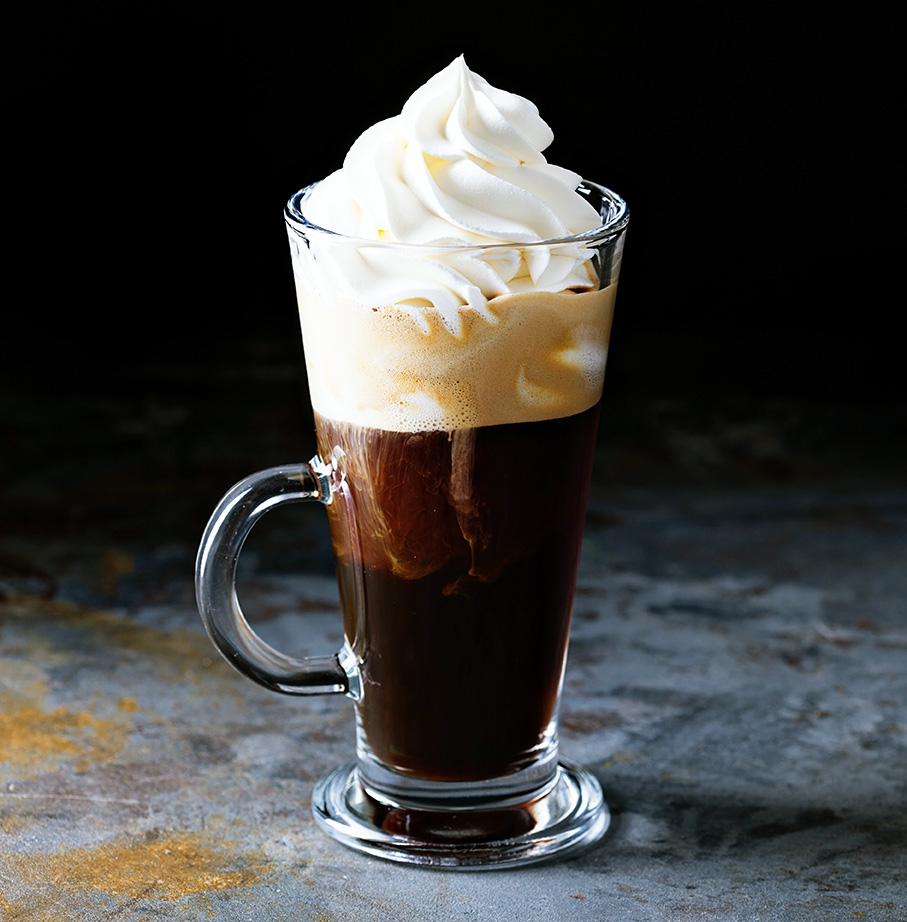 Preheat eight coffee mugs in your oven’s warming drawer or by filling them with hot water, then emptying them out. Pour piping hot coffee into warmed mugs until they are about three-quarters full. To each mug, add a tablespoon of brown sugar until completely dissolved. Stir in the shots of Irish whiskey. Top with a generous collar of whipped cream. Serve hot.

For a Big Fancy Do, Rely On Your Trusted Recipes