Chef Vaughn Good knows his meat. The chef who stakes claim to some of the most inventive charcuterie in the Midwest just opened a creative new craft barbecue pop-up venture. It’s called (of all things) Night Goat Barbecue.

Every Sunday from 10 a.m. until they’re sold out, Good and his squad whip up some killer grub. Let’s just say he’s found quite the Sunday football following since he started his barbecue endeavor. With a menu that changes weekly, Good’s grub is only available for carry-out. (And yes, he nearly always sells out—because barbecue.) “I love smoking meat and live-fire cooking,” says Good. “I was just looking for a way to have some fun, improve on an aspect of cooking that I enjoy, while hopefully getting more business.”

We wanted more details, so we hit up the Fox & Pearl chef for the 411:

How did this come about?
“I wanted to increase carry-out business and give us a carry-out special. I started doing Sunday barbecue mid-December.  When I decided to make it a more regular thing, I decided that it needed its own identity. I launched Night Goat Barbecue after the first of the year.” 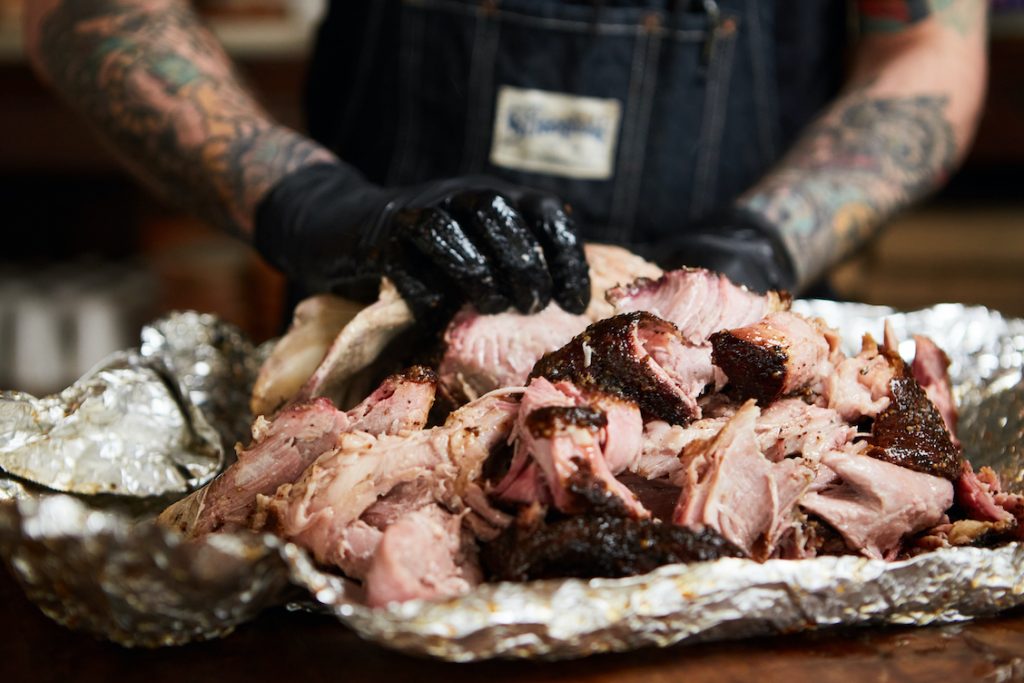 Also, what’s with the name? Seriously.
“Night Goat is a reference to a Melvin’s song, as a tribute to my love for doom metal.  I stay up all night to have fresh barbecue in the morning. It just fits.”

What has response been since you unleashed it?
“I started doing Sunday barbecue as a carry-out special. It has been so popular; it has taken on its own personality. It’s ramping up every week.” 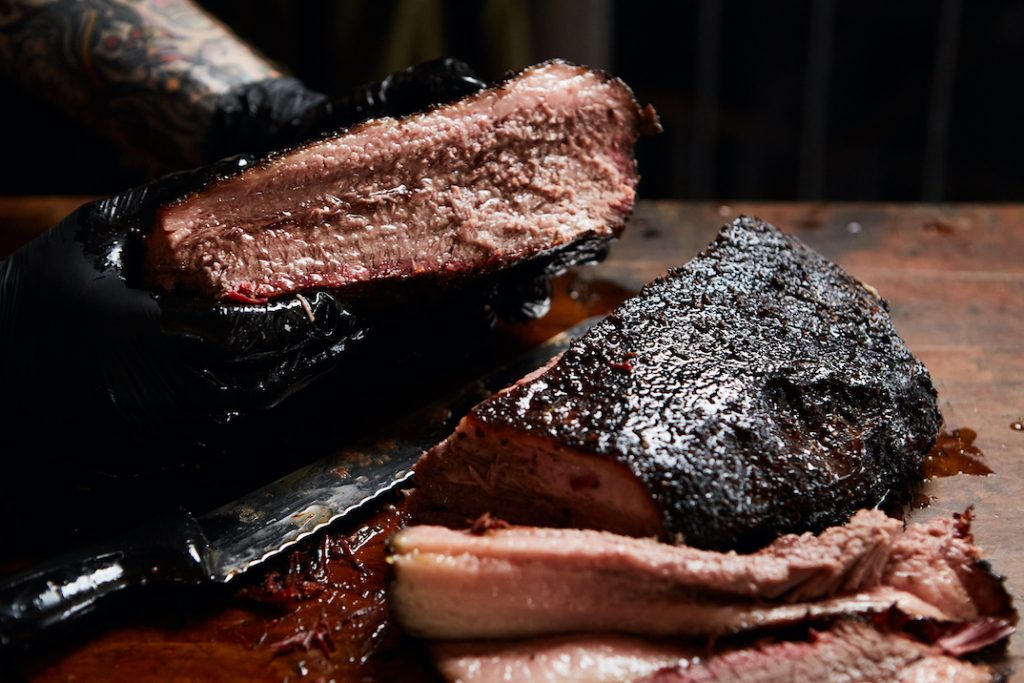 Does the menu revolve/evolve?
“I am trying to keep it pretty traditional but do change it. My basic menu is usually pulled pork, sausage that changes weekly, brisket, and sides. However, weather and farmer availability play a factor. This weekend is going to be windy/snowy, which isn’t great with our current smoker set-up so instead of brisket and pulled pork, I am going to do smoked sausages and pozole.”

‘Fess up—favorite thing on the menu thus far?
“I think a perfectly done, fatty brisket is the most satisfying. I like it by the pound, with just a side of pickles or sauce.”

A Feast for the Eyes: 12 Restaurants with Great Ambience