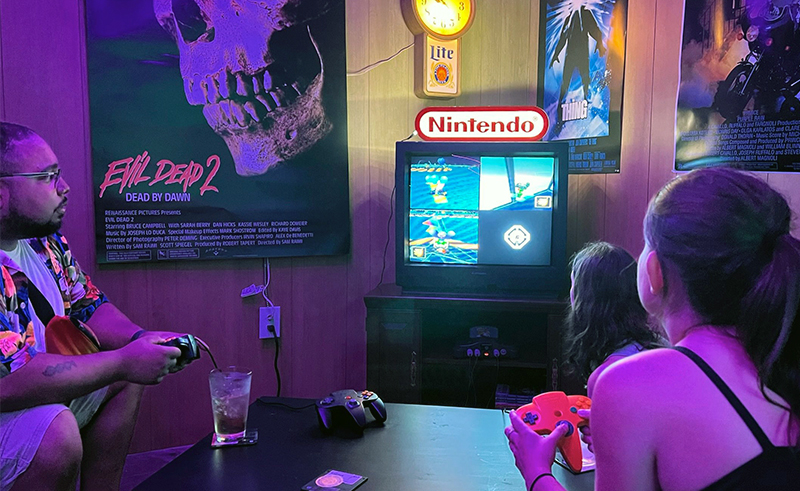 The good old days of the ’90s are making a comeback with a new concept from Screenland Armour—a basement bar called Rewind Video and Retro Dive.

Located in Screenland Armour’s basement, the new dive bar takes you back to those weekend nights of perusing your local video store for the latest blockbuster. 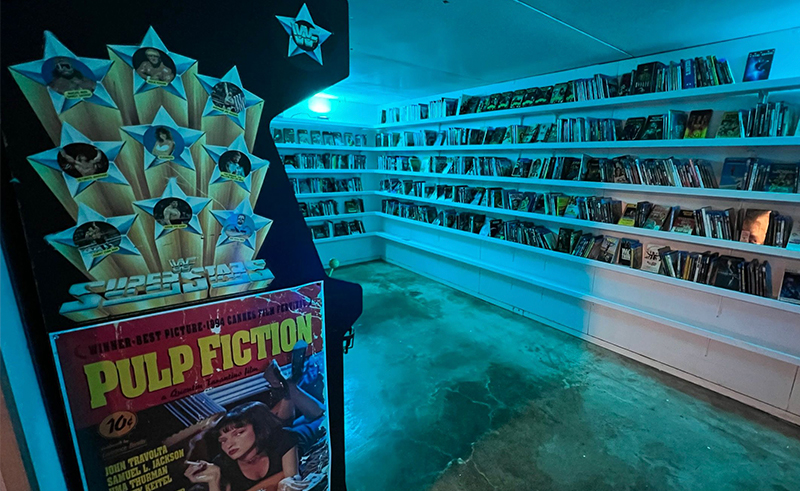 “You’re probably asking, ‘Why open a video store now?’ But younger generations are bringing back everything analog, from 35mm cameras to cassettes,” says Adam Roberts, a co-owner and operator of Screenland Armour Theatre and Rewind Video. “We think there are a lot of people who—for the first time or as a nostalgic trip—will appreciate the experience of browsing a physical wall of films, rather than the mindless scroll of streaming. Also, the collection will never stop growing, so you’re likely to find a hidden gem you didn’t know existed every time you visit.”

Starting June 23, Rewind Video and Retro Dive is open from Thursdays to Saturdays from 5 p.m. to midnight. To access the bar, you’ll need to go behind the Screenland Armour building (406 Armour Road) and enter through the white glass door marked by a VHS logo.