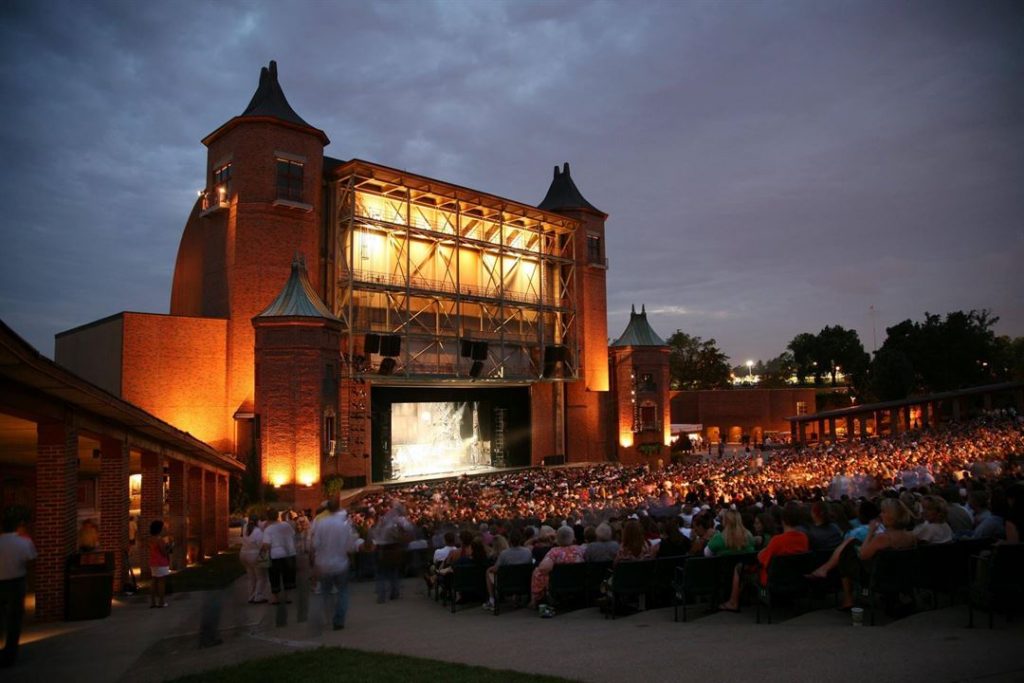 Want to see a show under the stars? The iconic Starlight announced a fantastic lineup of Broadway productions for 2022 rife with crowd-pleasing musicals and hit stage favorites. The roster includes productions that were canceled in 2020 and 2021 due to the pandemic. “Some of the shows playing in 2022 have been on the docket for quite some time,” says Rich Baker, president, and CEO of Starlight. “I’m so excited that they’re back on the road, bigger and better than ever before, and that we can share them with Kansas City audiences next summer.” 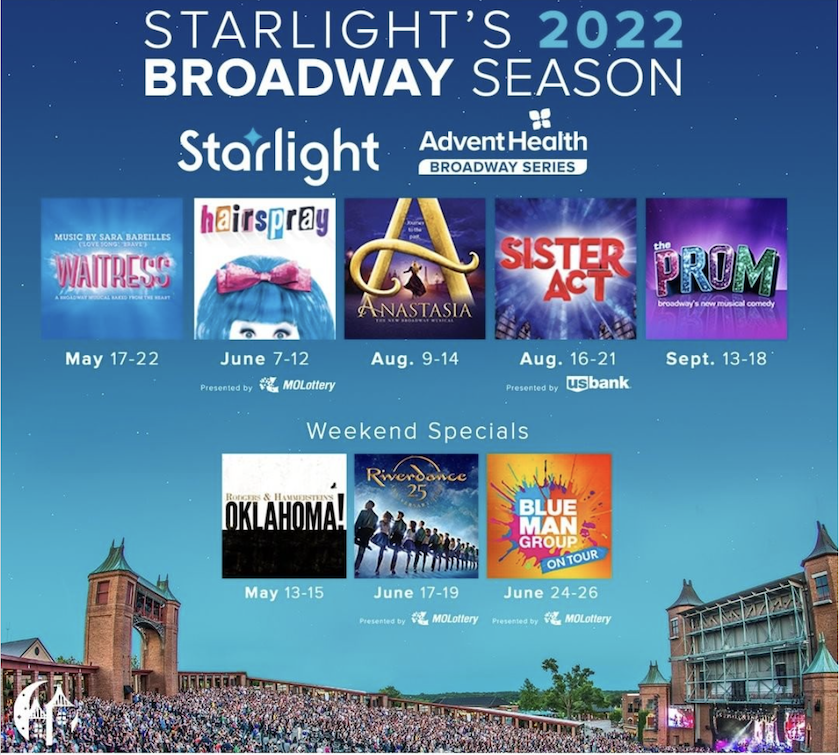 The summer kicks off in May with a musical baked from the heart, Waitress. The Tony-Award winning classic Hairspray returns to the Starlight stage in June, and the fan-favorite Anastasia will dazzle audiences in August. Disco diva Deloris Van Cartier will raise the roof with Sister Act later that month, and the Broadway hit The Prom makes its Kansas City premiere in September at Starlight.

In chronological order, here’s a rundown of Starlight’s 2022 Broadway Series:

Oklahoma! – Weekend Special
May 13-15
This is Oklahoma! as you’ve never seen or heard it before—reimagined for the 21st century (and the Tony Award winner for Best Revival of a Musical).

Waitress
May 17-22
Waitress tells the story of Jenna, an expert pie maker who dreams of a way out of her small town in this uplifting celebration of friendship, motherhood, and the magic of a well-made pie.

Hairspray
June 7-12
Join 16-year-old Tracy Turnblad in 1960’s Baltimore as she sets out to dance her way onto TV’s most popular show. Can a girl with big dreams (and even bigger hair) change the world?

Riverdance 25th Anniversary – Weekend Special
June 17-19
This original stage spectacular is celebrated the world over for its Grammy award-winning score and the thrilling energy and passion of its Irish and international dance.

Blue Man Group – Weekend Special
June 24-26
More than 35 million people around the world have experienced the smash hit phenomenon that is Blue Man Group and now it’s your turn!

Anastasia
August 9-14
Inspired by the beloved films, the romantic, new musical Anastasia is on a journey to Starlight at last!

Sister Act
August 16-21
Amen! This musical comedy smash is the feel-good show based on the film of the same name and features original music by Tony and Oscar winner Alan Menken.

The Prom
September 13-18
The Prom is a new musical comedy about big Broadway stars on a mission to change the world and the love they discover that unites them all.