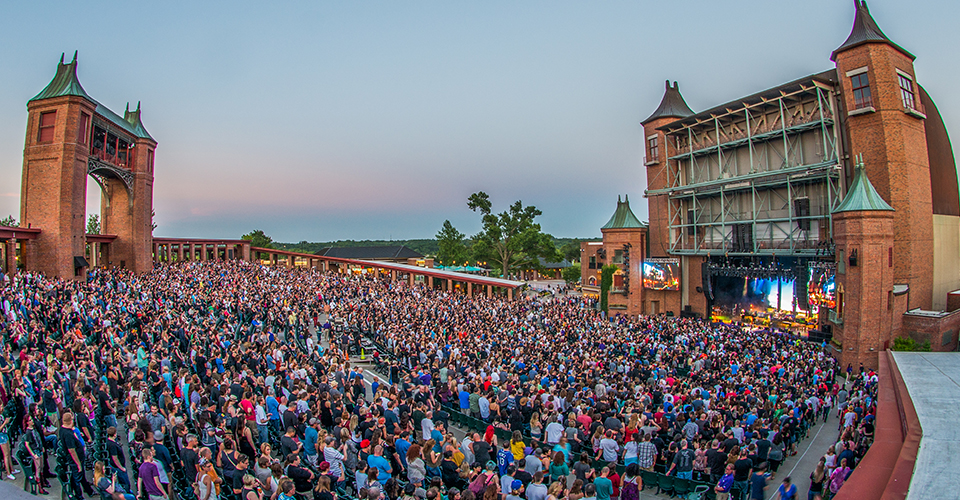 With an exciting four-show lineup, next month Starlight will welcome patrons back to a full house. The historic theater celebrates its 70th year of Broadway under the stars in 2021. “There’s nothing like hearing those first notes as the orchestra starts to play under the stars each summer,” says Rich Baker, Starlight’s president and CEO. “Plus, it doesn’t get much safer than being outside in the fresh air.”

While masks will be recommended for audience members, they will not be required. (In line with CDC guidelines, Starlight strongly recommends that for the safety of others, all unvaccinated guests wear a mask at all times while in the venue.)

The Illusionists will follow (July 20-25) and includes big, impressive acts that patrons will have to see to believe.

On Your Feet! hits the stage next, (September 7-12) and tells the inspiring true story of Gloria and Emilio Estefan—audiences will be on their feet as soon as those first iconic notes play under the stars.

Finally, Jimmy Buffett’s Escape to Margaritaville (September 21-26), will round out the season with a little slice of paradise, featuring Buffett’s classics hits including Fins, Volcano, Cheeseburger in Paradise and many more.

Patrons can enjoy top-quality Broadway-style shows for as low as $15 per ticket. Single tickets to all shows are now available. All tickets are available online at kcstarlight.com or by calling the Starlight box office at 816-363-7827. All Broadway performances begin at 8 p.m. For more information, including show content advisories, visit kcstarlight.com.