Grammy winner Luciana Souza is one of jazz’s leading singers and interpreters. Born in São Paulo, Brazil, she grew up in a family of Bossa Nova innovators—her father, a singer/songwriter and her mother, a poet/lyricist. Souza’s work as a performer transcends traditional boundaries and musical styles—everything from jazz to world and classical music.

We caught up with the songstress ahead of her upcoming Folly Jazz Series appearance at the Folly Theatre on March 7th when she will present work from her newest album, The Book of Longing. The intimate-setting performance also features well-known musicians Chico Pinheiro and Scott Colley.

Girl! Girl From Ipanema may very well be my favorite song of all-time—ever. Period. I’m obsessed. I’m asking right now—would you’d mind peppering in that song for me?
[Laughs] “We’ll do it at the show for you for sure. I’m making note of it.”

Well, you’re sweet. Tell me a little bit more about your style. What does Bossa Nova mean to you?
“I was lucky enough to have grown up at the end of Bossa Nova—but in a household where Bossa Nova was still the primary music. My father hails from the town where one of the creators of the style hails from. He and the composer created the style of music by slowing down samba and then tearing it down. Really, you could have Bossa Nova just by having a guitar that plays a lulling, hypnotic groove of the guitar pattern.

What attracts me to it? The music that preceded Bossa Nova was loud and communal and, like, let’s dance. It’s very much a thing that would happen in Brazil—people are out and about and everyone is merry—maybe a little tipsy from drinking—and decide to break in to samba. Bossa Nova—with the advent of microphones and amplified music—now you can sing quietly and be subtle with your singing.

People are not belting and screaming anymore, they’re doing quiet, subtle, subdued, contemplative kind of signing. And then the lyrics change—where it’s really more about—what I would call—describing photographs. The action is still and everything is quiet. For some it may be boring, but for me there’s enormous beauty in this stillness. It’s more internal, not external. The singing is quieter and the lyrics get a great deal of reverence because now you’re really telling stories that are simple but evocative.” 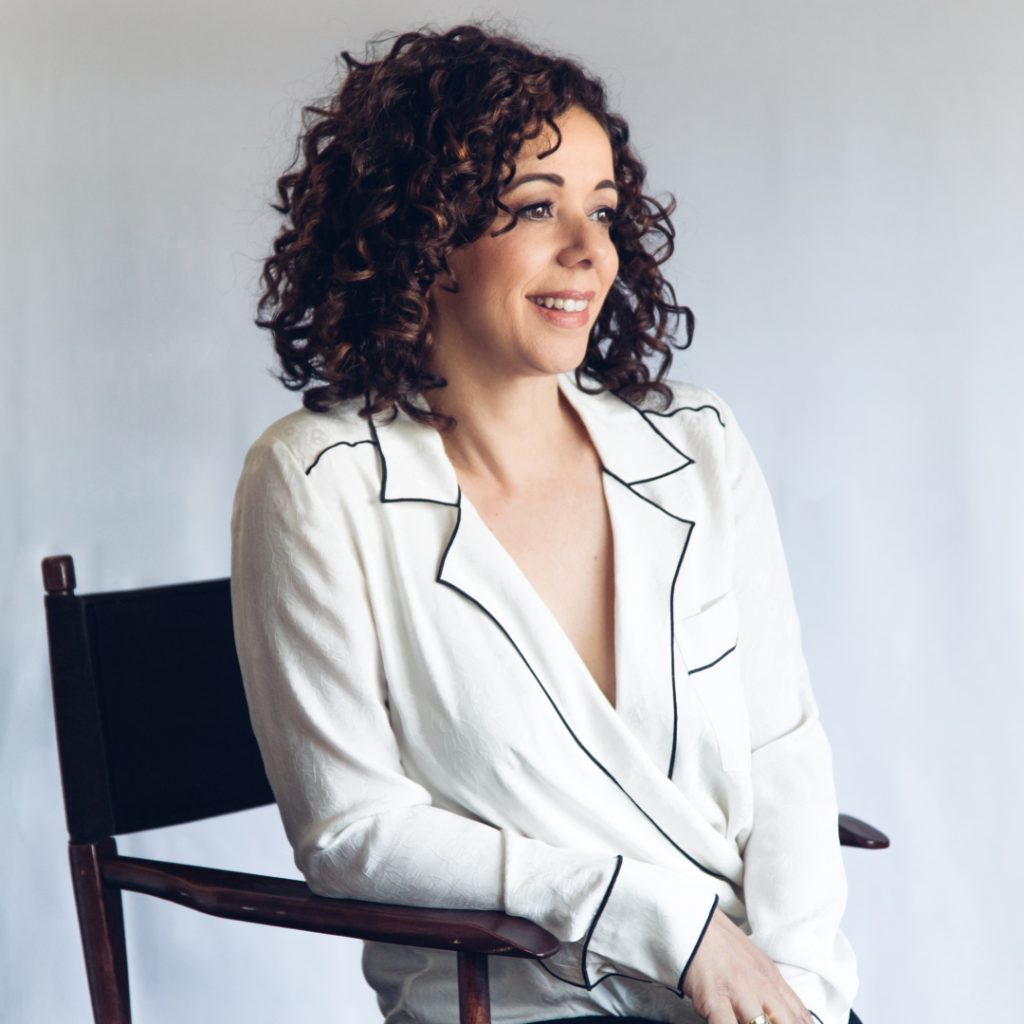 You’re a true renaissance singer. Do you have a favorite genre?
“I’m most comfortable singing the music of my native country. I lived in Brazil for 18 years. It’s my mother language, so when I’m singing Portuguese, I feel very much at home. But I’ve lived most of my life now in the U.S.,and I’m immersed in all kinds of jazz. To be honest, I’m comfortable wherever I am—when I’m present to the music that’s where I’m comfortable. I try to make myself familiar with it. I try to dive really deeply into what I’m doing and remain present for that time. I’m very lucky—I’ve had a chance to keep everything open in my life.”

What is on your iPod? Like, what is the last song you listened to?
“Let me go open it up and see. As I look in Recently Played, I was listening to Randy Newman because I’m teaching a class at UCLA. It’s a class on poetry and jazz—and I was listening for people whose crossover music can be many things. I was listening to his song I love, Marie—which is one of the most beautiful love songs ever written in my opinion.”

What should guests expect at your upcoming show?
“Expect a beautiful trio of musicians. I’m coming in with a guitar player from Brazil who’s phenomenal. He’s a great songwriter in his own right. He’s moved to the U.S, and he’s an incredible jazz guitarist—Chico Pinheiro. I’m also joined by an acoustic bass player who’s been on several of my records. [Scott Colley] is one of the most in-demand bass players in New York on the jazz scene—an exceptional musician. We’re going to play a lot of acoustic music. I play of lot of hand-percussion, snare, cymbal—and so I serve not as a drummer, but as someone who’s trying to create the groove, rhythm, and texture.” 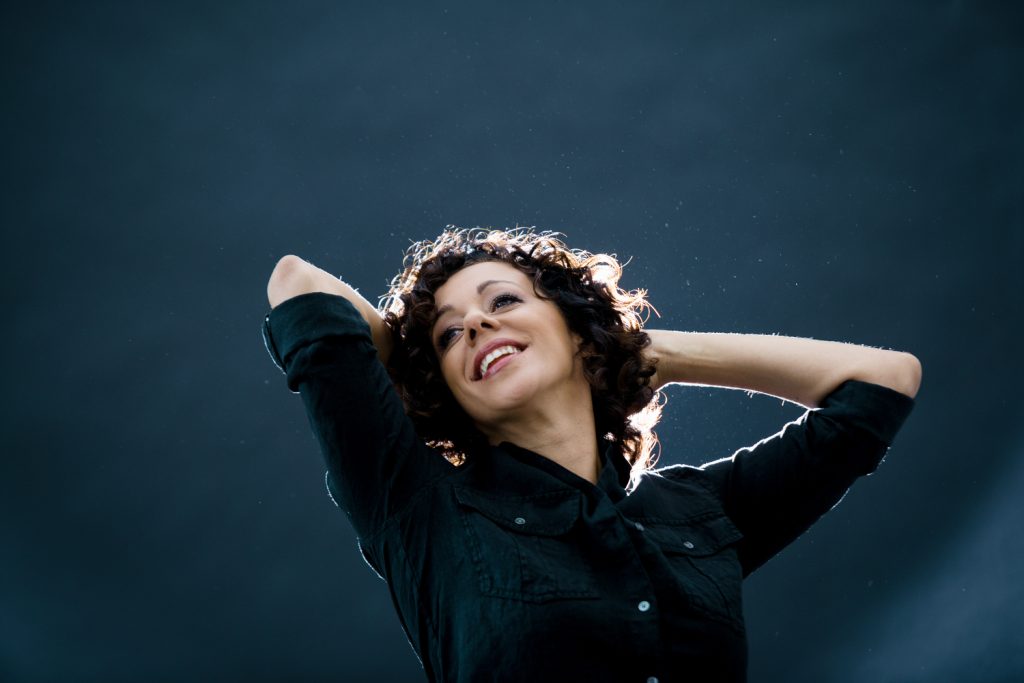 Do you karaoke? I feel like you karaoke. Who’s you’re go-to? Is it something outside your wheelhouse?
[Laughs] “Anything I know from the Beatles—if I see on the list, I tend to sing it because I love the Beatles. But also Sting, The Police. I was born in 1966 and when I was out dancing at the clubs in São Paulo before college as a teenager, I was listening to the Police, The Bangles. I inherited the Beatles and they’re always playing at my house.”

Who would you kill to do a duet with?
“You’re killing me. There are so many people. In the classical world—if I performed with Yo-Yo Ma or Hilary Hahn I would just die. More recently, I’ve been listening to the composer Caroline Shaw—she’s a great young composer. I’d love to work with her. In jazz, I’ve played with a lot of the people I wanted to play with. I’m not bragging, I’m just saying I’ve been very, very lucky.  In pop music, I do love Drake. I’ll throw Drake in there.” [Laughs]

Want to learn more at about Souza’s upcoming performance on March 7th? Click here: http://follytheater.org/events/luciana-souza/. Tickets, meanwhile, are available at FollyTheater.org or by calling 816-474-4444. Tickets are $20, $30, & $40

IN Conversation With Chris Cooper