About 90 minutes into a show that would last nearly two and a half hours, Jeff Tweedy paused to commemorate a milestone: Sunday’s show at the Arvest Bank Theatre at the Midland was also the 25th anniversary of the first concert by his band, Wilco.

Much has happened to Wilco since that inaugural show in St. Louis in November 1994, including a host of personnel changes and a dramatic evolution in sound and style.

The band that took the stage Sunday night has been together for 15 years and is coming off a hiatus that lasted nearly two years.

The time away from touring and each other appears to have done the boys some favors. All night they looked refreshed, invigorated, and pleased to be there, re-convened and sharing their music with about 2,000 enthusiastic fans.

Wilco is touring on Ode to Joy, their 11th full-length, which they released in October—their first since 2016’s Schmilco. Per usual, Joy bears some significant departures from its predecessors, in style and production. And, per usual, it showcases the band’s prodigious talents.

Joy was the evening’s primary focus; they played eight of its 11 tracks. The enigmatic A Ghost Is Born also got lots of love—six tracks.

The set list was one for the diehards and not so much the casual fans. They played no Uncle Tupelo songs (sad face emoji) and only one from the beloved Being There album. It also featured some rare deep cuts (I’m A Wheel and Too Far Apart) plus Laminated Cat from Tweedy’s side project Loose Fur. 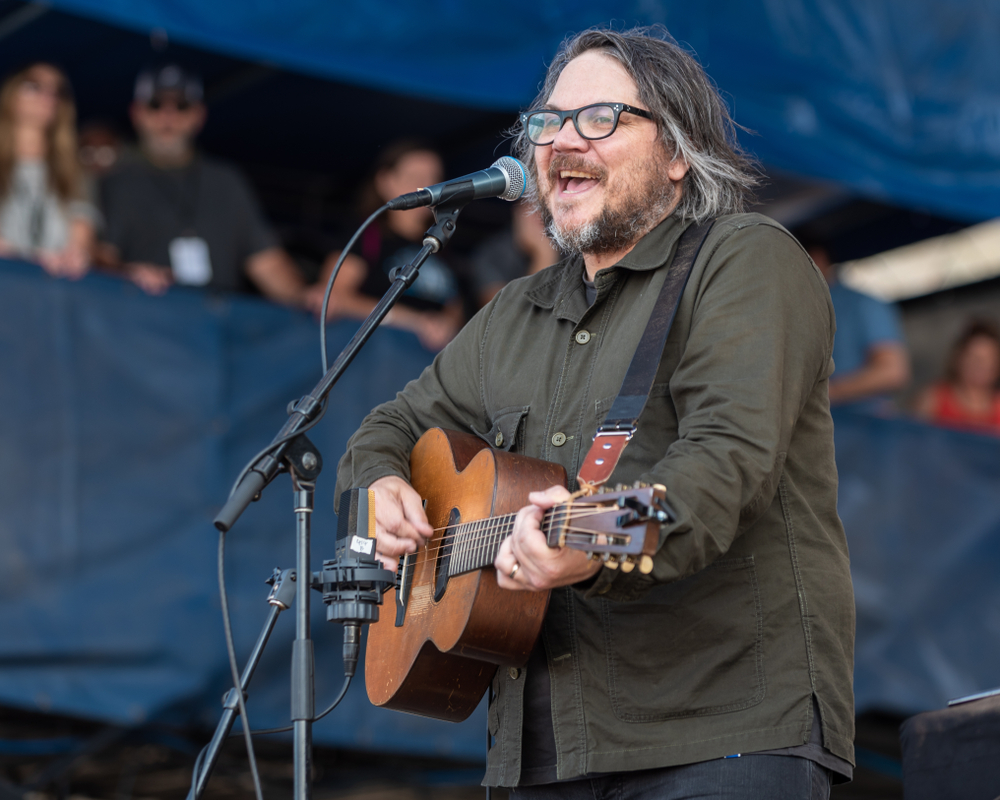 Nonetheless, Sunday’s show was one for the ages. Tweedy radiated a congenial, contented mood. Before Handshake Drugs, he greeted the crowd and said it was “nice to be inside for once”—although the band’s previous show in Kansas City, in September 2017, was also at the Midland. His banter all night was warm (though not always audible if you were standing in back, where there was too much extraneous banter going on).

The show was rife with highlights. They added energy and new dimensions to some of the Ode to Joy songs, including the two openers, Bright Leaves and Before Us, and they added a deeper sense of joy to Love Is Everywhere (Beware).

The instrumental storm at the end of Handshake Drugs was captivating. The sing-along during Hummingbird was boisterous and sincere, as was the sing-along during Box Full of Letters, one of two tracks they played from their debut, A.M.  Via Chicago remains an essential staple of every Wilco show; its resolution this evening was especially stormy and cathartic. Per usual, Nels Cline’s guitar play during Impossible Germany was sublime, and they injected an extra bounce and buoyancy to the two pop-fests I’m Always In Love and I’m the Man Who Loves You.

They closed the first set with the lone Being There track, Misunderstood, then returned for an encore that included Too Far Apart, a deep cut from A.M., (and the first time played on this tour), and the lovely and longing California Stars, the lone Mermaid Avenue track.

They closed with two Ghost songs, The Late Greats—a poppy lament about elite songs never getting radio airplay (something Wilco can identify with) —and I’m A Wheel, a rowdy, rambunctious indie-rock anthem with a punk edge and perhaps a metaphor for Wilco: a wheel that’s happy to be spinning again.

And with that, the long, festive evening was over, having passed in a flash.  Not unlike the past 25 years.

Bright Leaves; Before Us; Company In My Back; War on War; Handshake Drugs; At Least That’s What You Said; One and a Half Stars; Hummingbird; White Wooden Cross; Via Chicago; Bull Black Nova; Laminated Cat; Random Name Generator; Reservations; Impossible Germany; Jesus, Etc.; We Were Lucky; Love Is Everywhere (Beware); Dawned on Me; Box Full of Letters; Everyone Hides; I’m Always In Love; I’m the Man Who Loves You; Hold Me Anyway; Misunderstood. Encore: Too Far Apart; California Stars; The Late Greats; I’m A Wheel.