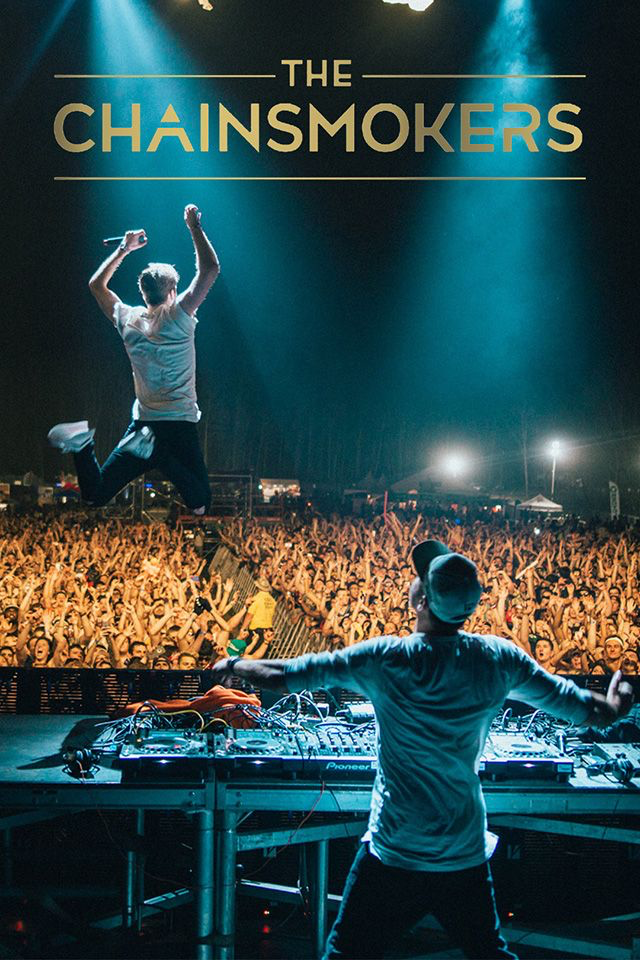 The ’smokers are DJs Alex Pall and Drew Taggart, who is also the duo’s frontman/vocalist and, occasionally, rhythm guitarist (though there is little if any significance or consequence to his lightweight strumming). On the road, they tour with a drummer, the very manic Matt McGuire.

Together, thanks to the brash and gargantuan, bass-larded sounds programmed by Pall and Taggart that are delivered at almost painfully high volumes, they render dance-pop anthems that are as catchy as they are primal and shallow.

Their approach has taken plenty of shots from EMD idealists, but if the goal is mainstream popularity and commercial success, and not legitimacy among the purists, then the Chainsmokers are by all measures a grand success. 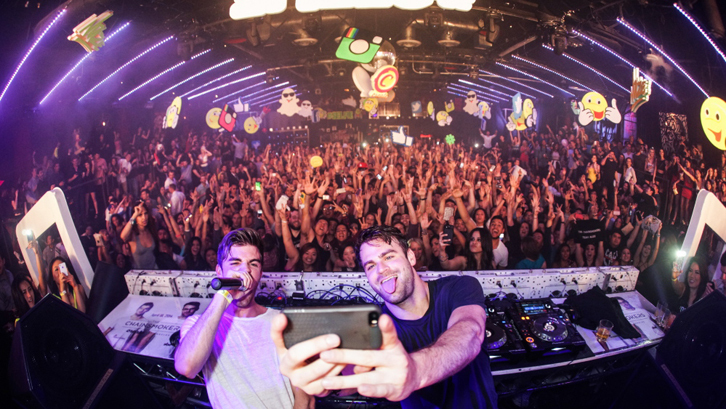 They certainly put on an extravagant live show, one that is almost punishing to the eyes and ears. A list of what was unleashed at Sprint Center: video screens ablaze with all kinds of graphics and visuals; flashpots, spotlights, lasers, flares, and gusts and plumes of fog; a drum solo (with enflamed drum sticks) on an elevated riser; a runway stage that rose and swayed far above the crowd; and a large, globe-shaped cage inside which Taggart prowled and which was later used in a feat of daring involving three motorcyclists who traversed the inside of the globe at a high speed while Taggart stood in the middle singing a song. Yes, that happened.

The show lasted about 100 minutes and, save for Taggart’s dull monologue on how the duo hooked up with Chris Martin for the Coldplay collaboration, there was not the slightest lull or moment of ennui.

The set list drew heaviest from the Sick Boy album (eight tracks), including Beach House, Everybody Hates Me, Sick Boy, and This Feeling. 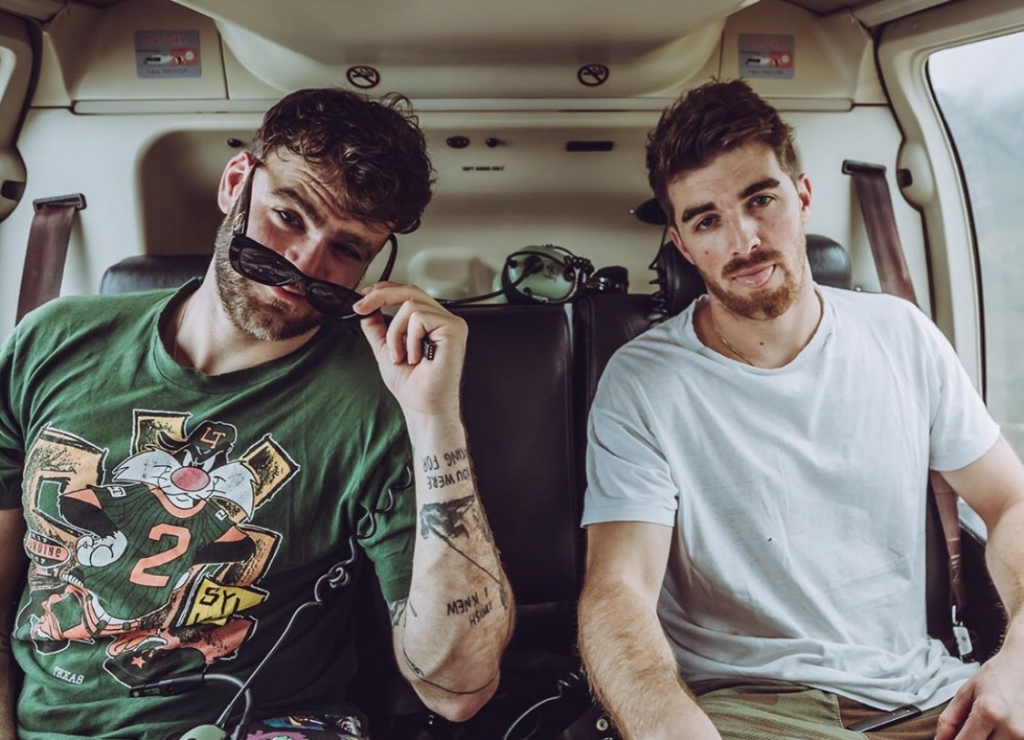 The ’smokers are in the process of delivering a new album, World War Joy (which is also the name of this tour), one single at a time. They performed three of those, including Takeaway, a collaboration with Lennon Stella, one of the show’s opening acts, who joined them on stage, and Who Do You Love, which featured the other opening act, 5 Seconds of Summer, who also joined them live.

There were plenty of covers, or snippets of covers. Most were bass-throbbing, rib-rattling instrumental tributes to EDM heroes. Others were well-known classics: a significantly altered version of the Red Hot Chili Peppers’ Under the Bridge and a few measures of the Isley Brothers’ Shout. Neither was particularly interesting.

To the casual listener, there’s little variety among the Chainsmokers’ music. Songs seem to chase one of a few basic formulas, and none is profoundly different from the others.

Yet this big crowd was engaged and involved all night, dancing, singing-along, and obliging every request coming from the stage—like lighting up the place with their phones during Push My Luck.

Before the finale, Pall emerged from his console and stood behind a keyboard in the middle of the runway, where he started playing the opening to Bohemian Rhapsody. The crowd picked up on it instantly and brought the vocals, loudly and joyously (“Mama, just killed a man …”).

They followed that with Closer, their monster collaboration with Halsey. It’s a libidinous love song about a gal living beyond her means: “Baby pull me closer / In the backseat of your Rover / That you know you can’t afford …” Nor can she afford “that tattoo on your shoulder.” Whatever.

Like much of what preceded it, it’s an innocuous, bouncy electro-pop tune with lightweight lyrics—perfect Top 40 fare. And like most of the preceding songs, it ignited a blissful sing-along among the thousands of faithful who don’t give a jot what the critics or purists think.

5 Seconds of Summer: They’re a quartet from Sydney, Australia, that knows how to craft bright and infectious pop songs. Their roots are varied: power-pop, punk, emo, even a little boy band R&B. The set list drew heaviest from their latest album, Youngblood, including If Walls Could Talk and Want You Back. They also dropped in a worthwhile cover of What’s My Age Again by Blink-182, one of their inspirations.

The Chainsmokers: Takeaway; Roses; Under the Bridge; Paris; Push My Luck; Cream; Call You Mine; Don’t Let Me Down; Shout; Mo Bamba; Siren; Get Ready For This; Everybody Hates Me; Sick Boy; Who Do You Love; Hope; Beach House; Split (Only U); Say My Name; Something Just Like This; The Grimm; Hard; Somebody; This Feeling; Kernkraft 4000; Ole; Save Yourself.

5 Seconds of Summer: She Looks So Perfect; Easier; More; Valentine; If Walls Could Talk; Talk Fast; Moving Along; Ghost of You; Amnesia; Waste the Night; Why Don’t You Love Me; What’s My Age Again; Jet Black Heart; Teeth; Want You Back; Youngblood.