Ringo Starr didn’t call his backing band the All-Starr Band for the sake of a weak pun. 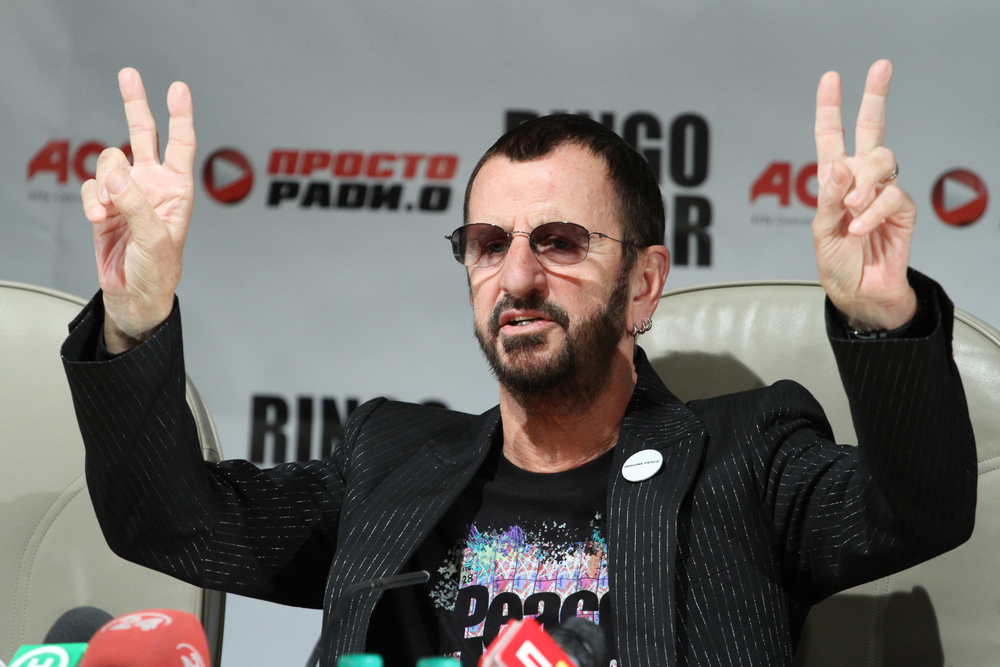 Since 1989, Starr has taken a band out on the road for summer tours, and each band comprised an array of well-known or hall-of-fame musicians like Joe Walsh, Dr. John, Clarence Clemons and Levon Helm, who were part of the inaugural All-Starr Band, and Todd Rundgren, John Entwistle, Sheila E., and Edgar Winter who joined other versions.

Monday night, Starr brought the 2018 version of the All-Starr Band to Starlight Theater, and for two hours they entertained a lively Labor Day crowd of more than 3,000.

The set list was a potpourri of hits and favorites from each man’s band, including most of Starr’s solo hits or Beatles songs that featured his lead vocals.

They opened with a cover of Matchbox, a Blind Lemon Jefferson song that Carl Perkins and then Jerry Lee Lewis turned into a rockabilly hit in the late 1950s.

Starr wished the crowd a “Happy Labor Day,” declaring himself and the band “the laborers for today,” then performed It Don’t Come Easy, his first solo hit, from 1970. He followed that with a jaunty rendition of What Goes On, in which he shares songwriting credit with Lennon and McCartney. Both versions were true-to-form and satisfying—just what the crowd ordered.

From there, Starr turned the set list over to his band mates.  Gouldman warned the crowd it was about to hear a 10cc song that was a hit “everywhere but America”: the reggae-infused Dreadlock Holiday, which inspired the only lull of the evening.

Next came a cover of Evil Ways with Rolie on lead vocals, then a sturdy version of Toto’s Rosanna, in which Lukather turned the upper-register vocals over to Ham.

And so it went: Hay delivered a serviceable rendition of Down Under; Gouldman returned to perform a song that was a big hit in America, I’m Not In Love; Lukather led the band through an inspired cover of Africa, igniting a wildfire sing-along throughout the crowd, which comprised at least three generations;

As appreciated as those favorite/popular songs were, it was evident Starr was the star the crowd most wanted to hear. He kept his chatter to a minimum but flashed his humor a few times. He introduced Boys as a song he used to do with “that other band I was in.” Pause. Then: “Rory Storm and the Hurricanes.”

He later indulged them with Don’t Pass Me By, Yellow Submarine (which prompted another widespread sing-along), Photograph, a spot-on Act Naturally, and then the now-awkward You’re Sixteen, which should probably go the way of Gary Puckett’s creepy Young Girl.

You could say Starr’s voice isn’t what it used to be, and it isn’t, but it was never a whole lot to begin with, so the difference was insignificant. As a whole, the band succeeded in reviving and re-creating nearly two dozen songs, most of which were well-known to everyone in the place. What could have been a tough crowd was instead enthusiastically receptive.

They closed with the obvious: Ringo’s most-beloved Beatles song, With a Little Help From My Friends which they fused with a bit of John Lennon’s Give Peace a Chance.

It was an apt valediction to an entertaining evening that was all about nostalgia and our kinship to the songs that have decorated our lives, gift-wrapped by those who created them.