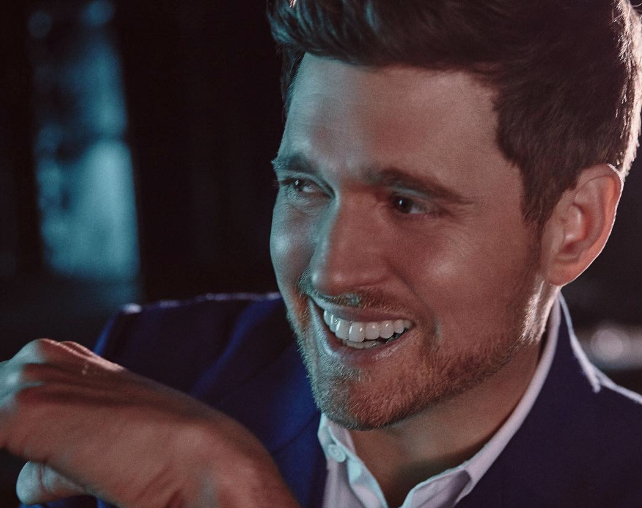 Before Wednesday night, Michael Bublé hadn’t performed in  Kansas City since 2013. A lot happened in those six years.

That year, Bublé and his wife started a family. In 2016, he released his ninth studio album, Nobody But Me. Shortly after that recording’s release, the eldest of his three children, Noah, was diagnosed with liver cancer, and Bublé canceled his tour and put his career on hold.

Within two years, Noah, now 5 years old, was declared cancer-free, and Bublé restarted his career. In November, he released Love, his 10th studio album, and on Valentine’s Day, he launched An Evening  With Michael Bublé, his sixth concert tour since 2006.

Wednesday night, that tour rolled into Kansas City for a show at the nearly sold-out Sprint Center, where, for more than two hours, Bublé showed his large, appreciative audience that he remains one of the most engaging and personable entertainers out there.

He had lots of help: nearly three dozen musicians, including a 16-piece string section (all from Kansas City), a large horn section, and a five-piece band, all led by a conductor. They performed from a multi-tiered, inverted-bowl-shaped bandstand with lights that glowed throughout the show.

The stage included a small pit for the VIP ticketholders, a long catwalk, and a satellite stage near the other end of the arena. Bublé would make use of it all, glad-handing the people up front and trekking about the catwalk and stage all night. 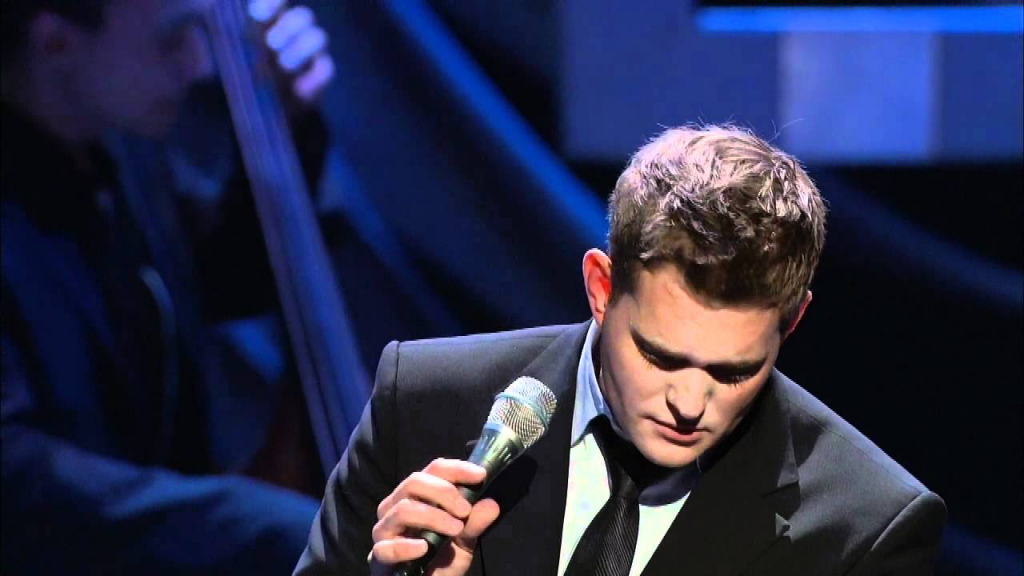 He opened with Feeling Good, a track from his 2005 album It’s Time, and it was evident from the start that Bublé was feeling refreshed (and, no doubt, relieved) to be back on the road.

The set was filled with the usual Bublé tricks and treats: lots of wisecracks, many of them self-effacing; a few stories, including one about the grandfather who loved “all the crooners,” including Bobby Darin, and to whom Bublé dedicated (Up A) Lazy River; and plenty of engagement with the fans.

He teased the crowd with his initial greeting, saying it was great to be back in “Kansas …. City… Missouri.” Then: “I’m no (bleep) celebrity who thinks he’s in Kansas.”

He said he wore a blue suit to honor the Royals, made a joke about former Chiefs running back Kareem Hunt that he probably shouldn’t have, but made that all good by invoking the name of the Chiefs’ “handsome quarterback,” which got one of the biggest cheers of the night.

About eight songs in, after faking the end of the show, he solicited a volunteer to sing a song they might sing in the shower. He chose a soldier from Fort Leavenworth, who wanted to re-propose to his wife by singing the Nat King Cole nugget L-O-V-E. His performance wasn’t exactly American Idol-worthy but Bublé gave him props for trying: “What he lacks in music talent he makes up as a romantic.” 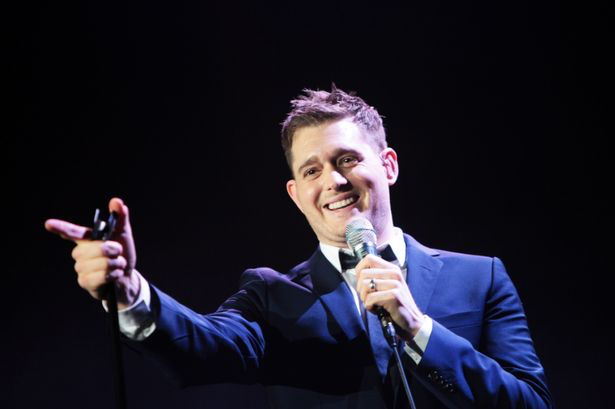 Otherwise, Bublé spent his time showing off his satiny voice, which handled with ease American Songbook classics, like My Funny Valentine and When You’re Smiling, and his own material, like Haven’t Met You Yet and Home.

The orchestra stood and boogie’d during the Louis Prima tribute; the horn section was especially animated during Just a Gigolo/I Ain’t Got Nobody.

After a sizzling cover of Chuck Berry’s You Never Can Tell, Bublé gave himself credit for investing wisely in the orchestra and then advised the crowd: Ed Sheeran cannot do what we just did.

They ended with a three-song encore that included Everything, a song he co-wrote for his Call Me Irresponsible album, and the closer, a full orchestral version of Always On My Mind that took on a gospel vibe as it progressed.

Before that, Bublé expressed with deep sincerity his gratitude, for the fans who stayed with him during his unexpected hiatus and for the support they showed him during the toughest time of his life.

On a night filled with so much joy and jocularity, it was a worthy reminder to regularly take stock in life’s blessings and graces.

Feeling Good; Haven’t Met You Yet; My Funny Valentine; I Only Have Eyes For You; Sway; Such A Night; (Up A) Lazy River; When You’re Smiling; L.O.V.E.; You’re Nobody Til Somebody Loves You; When I Fall In Love;  Love You Anymore; Forever Now; Home; Buona Sera Signorina; Just A Gigolo/I Ain’t Got Nobody; You Never Can Tell; Nobody But Me; Cry Me A River. Encore: Where or When; Everything; Always On My Mind.