By the end of Tuesday’s show at Starlight Theater, both headliners were on stage, awash in a gale of love and adoration that was richly deserved. 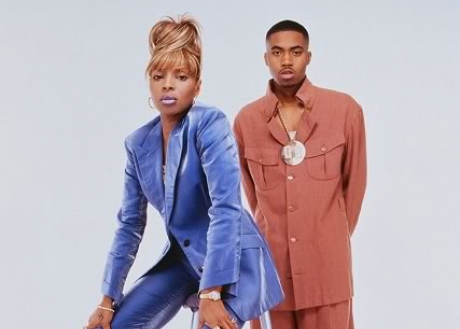 The Royalty Tour is a 140-minute celebration of two storied artists and two regal careers: Mary J. Blige, the consensus Queen of Hip-Hop/Soul; and Nas, one of the greatest rappers ever. From start to finish, both performers lived up to their reputations and legacies.

After a blast of flashpots and some fanfare from the band, the two took the stage together to perform Thriving, a single they released in July, and then Reach Out, a collaboration from 2012. 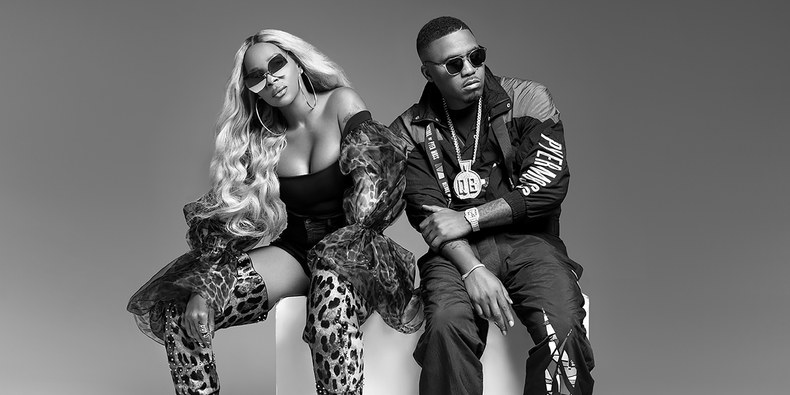 Then Blige relinquished the stage to the charismatic Nas, who, garbed formally in black tie, set off on a career-spanning journey that honored his best and most-beloved work, especially Illmatic, his breakthrough debut album released 25 years ago.

His set leaned heavily on that record, featuring, in snippets or full-length versions, tracks like It Ain’t Hard to Tell, Life’s a Bitch, The World Is Yours—most of them vivid dispatches from the hard-knock street life.

Nas was backed by an ensemble that included a DJ, a drummer and a keyboardist, who was deployed to lay down some sweet Beethoven licks for the intro to I Can, a track from God’s Son and one of several highlights.

Other bright moments of the 45-minute set, which plumbed at least eight of his 11 albums: Got Ur Self a Gun, which featured several grimy measures of R.L. Burnside’s Woke Up This Morning (better known as the theme to The Sopranos);  Hate Me Now, which aroused an outburst of cheers and much rapping-along; the hopeful The World Is Yours and If I Ruled the World, which started a happy sing-along; Hate Me Now, from 1999’s I Am ..; and the R&B-infused You Owe Me.

After a brief interlude between sets, Blige made an entrance suitable for a queen: Wrapped in a cape and sporting knee-high boots, she traipsed down a lighted runway to a rousing ovation. Then she unleashed 80-minutes of raw and real music, ballads and anthems that express candidly and genuinely a wide range of sentiments and emotions.

She opened with I Can Love You from Share My World, the set’s most-favored album; she would perform five of its tracks. From there, she would visit nearly every record in her discography, including her latest, Strength of A Woman, released in April 2017.

One of the many strengths of Mary J. Blige is how her voice delivers the lyrical weight of her songs. She may not be the most technically perfect singer, but the naked emotion and expression she pours into each song is unsurpassed.

Live, she conjures a deep sense of intimacy; at times it’s as if she were singing to just one of the 6,000 people in attendance—as if we were eavesdropping on a personal conversation (that is, if it didn’t feel like she was addressing you).

She evoked that feeling many times, like during Enough Cryin’ and Love No Limit, two songs on opposite ends of the emotional spectrum and two early highlights. The irresistible Real Love was another big moment, of course.

She was accompanied by a stellar band and four agile dancers. Throughout the show, she joined them, dancing uninhibitedly, as if no one were watching.

Nas would join her mid-set to reprise their first collaboration, Love Is All We Need. Then it was time to pay tribute to what is arguably her most-loved album, My Life, which is also celebrating a silver anniversary.

The long medley of nearly a dozen tracks was a vivid reminder of the album’s flawlessness and timelessness. It was a bit frustrating to hear only parts of songs; but it was satisfying to hear so many. During My Life ’06, her remake of the title track, flames erupted on the video screens behind her, a metaphor for the passion in her voice.

The rest of the set was just as rewarding. Nothing topped the frenetic, evangelical performance of No More Drama, which ended with Blige supine on the stage, lying amid wafts of fog.

Other highlights: Everything, built on a sample to the Stylistics’ classic You Are Everything; and the ebullient Just Fine, a starburst of optimism and assurance that sparked much joy throughout the venue.

She had one more in her, though, and Nas re-emerged to assist. Family Affair may be the best-ever encore/closer, a call-to-party-and-dance anthem, a beckon to forget your troubles and dramas: Let loose and set your body free / Leave your situations at the door/ So when you step inside, jump on the floor.

Take heed. The queen has spoken. Long live the queen.

IN Conversation with Berlin’s Terri Nunn