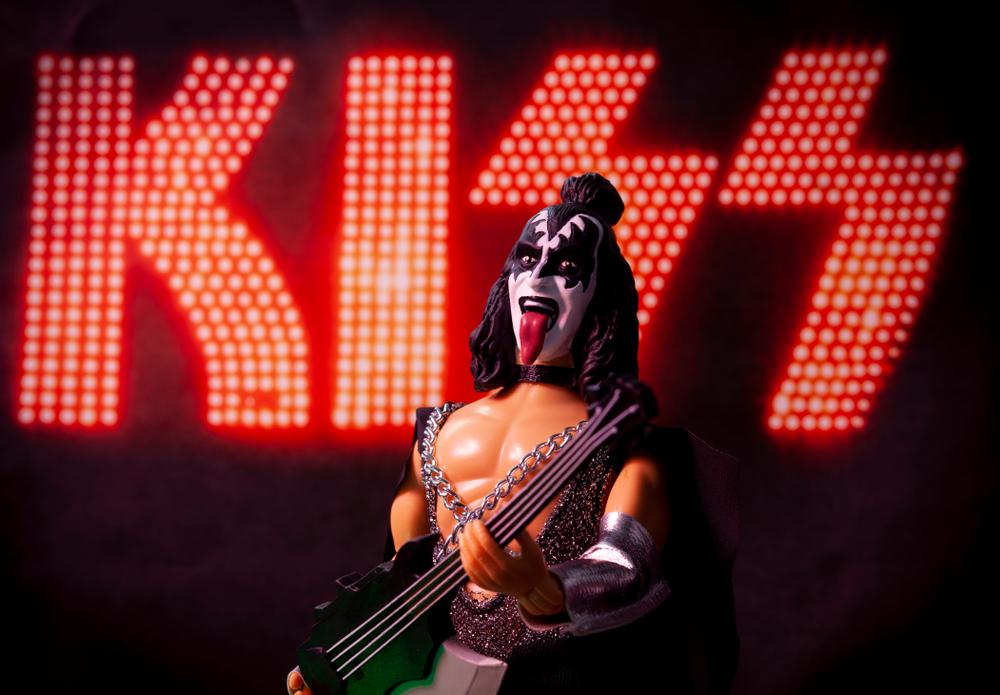 The sustained popularity of Kiss is no mystery but it is something of a surprise.

Well into its fifth decade, the rock band formed in New York in the waning days of the Nixon administration (and minus two founding members) can still pack an arena, as it did Wednesday night when more than 12,000 fans nearly filled the Sprint Center for Kiss’ End of the Road Tour.

Farewell tours typically draw a mob of fans yearning to see a favorite band for the final—or first, in many cases—time ever.

This may turn out to be Kiss’ final show in Kansas City, but devoted fans know it wasn’t the first time Kiss has christened a tour its swan song. Nearly two decades ago, in August 2000, Kiss brought a Farewell Tour to Sandstone Amphitheater. It has returned five times since. 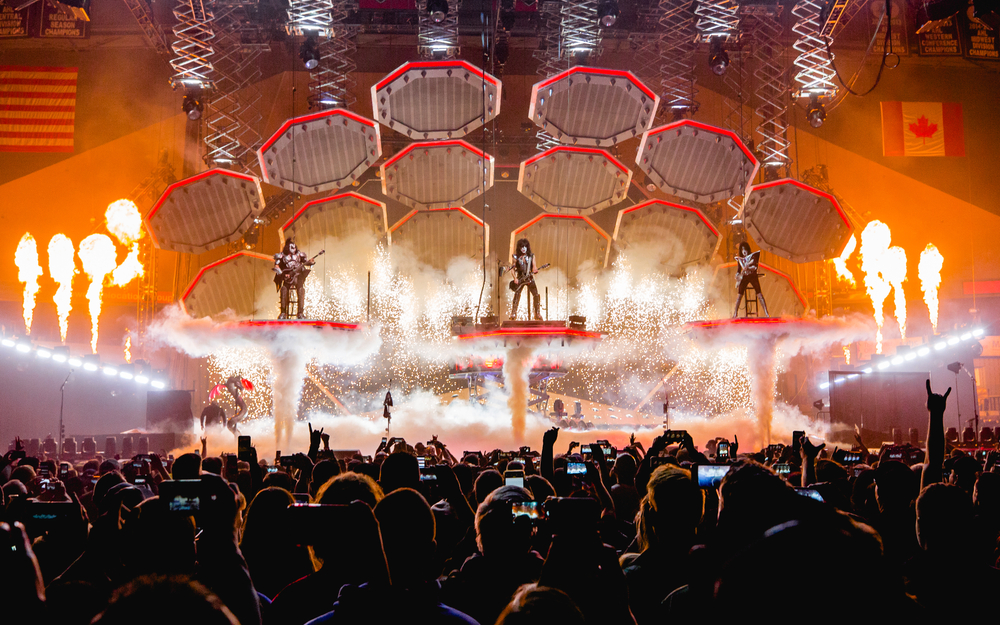 Like Alice Cooper, Kiss believes that old-school is the only school so the show featured elements that go back to its earliest days: the patented painted faces, the campy, glammy costumes, the hyperbolic platform boots, the blood-spitting, the fire-blowing, the tongue-wagging, the pyrotechnics, the lasers, the guitar rockets, the gargantuan balls of smoke and fire, the spark showers, the balloon drop.

But Kiss has updated its arena game. All of that was accentuated by visuals on an enormous video screen behind the band, by the 16 octagonal video screens that shifted and swooped above the band and by other features: the hydraulic platforms that delivered the band to the stage, one of which hoisted Gene Simmons so far into the rafters during God of Thunder he was not visible to a large swath of the crowd; the zip line that ferried Paul Stanley to a satellite stage at the back of the arena; and the riser that lofted drummer Eric Singer high above his mates. 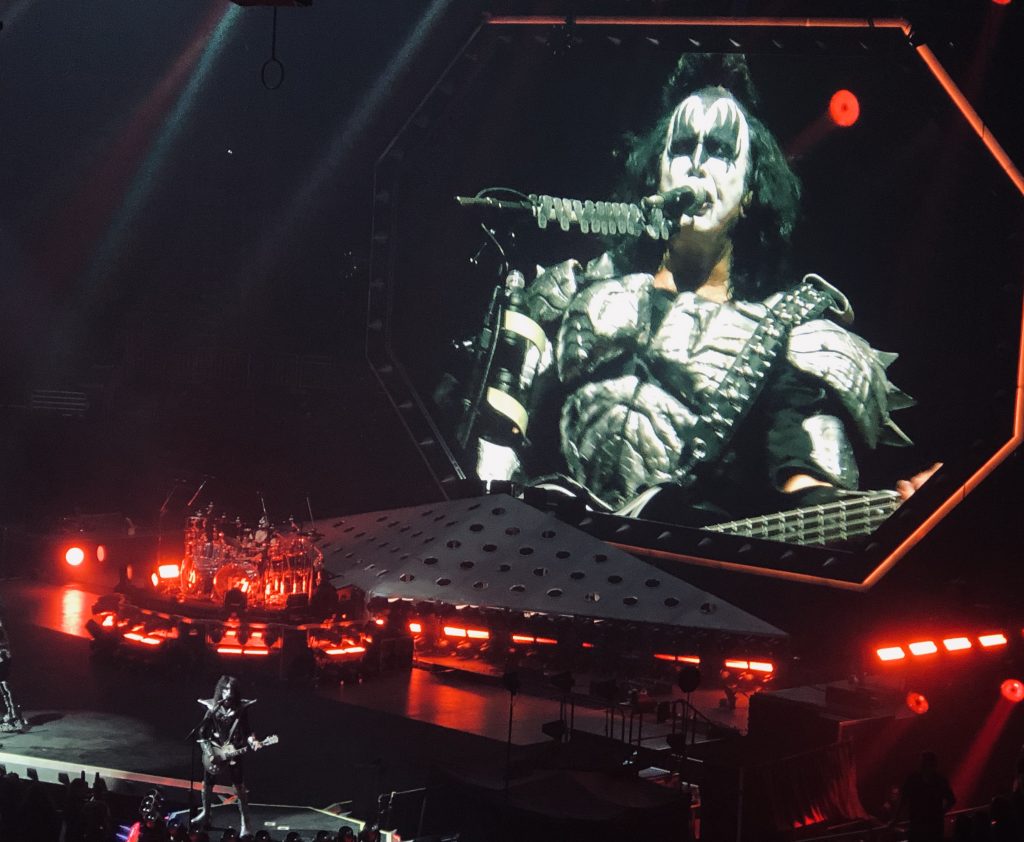 The visual amenities and side shows are essential for a band like Kiss, which has never been accused of comprising sophisticated songwriters or elite musicians (though Tommy Thayer qualifies as a top-shelf lead guitarist). Their songs are typically pop catchy and metal heavy and typically follow a similar formula and deliver the same reward: a fast, fleeting sugar rush.

The set list plumbed 12 of the 20 Kiss studio albums, including the self-titled debut, which turned 45 years old on Feb. 18, and Psycho Circus, released in 1998.

Its sound did not evolve much in those 24 years, but then evolution was never Kiss’ intent. Branding was, and their brand is alive and well, as evidenced by the raucous reaction of Wednesday night’s crowd, which spanned at least three generations and which barnstormed the merchandise counters before and after the show.

They played all the big hits, starting with the openers, Detroit Rock City and Shout It Out Loud, both of which tap deeply into the primordial appeal of simple, repetitive lyrics and meat-and-potatoes rock riffs.

Other moments that ignited the crowd: War Machine, which featured Simmons’ fire-blowing stunt; Lick It Up, which included a hailstorm of lasers and a brief mash-up with the Who’s Won’t Get Fooled Again; Calling Dr. Love, which included a drum solo; Cold Gin, which showcased Thayer’s considerable lead-guitar skills; I Was Made for Lovin’ You, Kiss’ fetching flirtation with R&B/soul (and one of its two Top 10 hits), performed with Stanley at the satellite stage, under a spinning disco ball.

They opened the encore with Beth, Kiss’ highest charting song, performed by Singer, seated at a piano. They ended the night with a blast: More pyro with confetti and streamers accompanied Rock and Roll All Nite, their signature song, which also included some flight time by Thayer and Simmons. The sing-along was loud and widespread—like a victorious chant erupting from the Cauldron in Sporting Park.

The arena was still nearly full at that point, which is no mystery: The diehards know a Kiss show is good till the last drop. And, given the size of the crowd and the energy unleashed all night throughout the arena, perhaps the real surprise will be if this truly is Kiss’ final tour and final show in Kansas City.

Detroit Rock City; Shout It Out Loud; Deuce; Say Yeah; Heaven’s On Fire; War Machine; Lick It Up; Calling Dr. Love; 100,000 Years; Cold Gin; God of Thunder; Psycho Circus; Let Me Go, Rock ‘N’ Roll; Love Gun; I Was Made for Lovin’ You; Black Diamond. Encore: Beth; Do You Love Me; Rock and Roll All Nite.