This is what hype looks like: The line into the arena appears to be about half a mile long.  The lines at every merchandise table are 10 people wide and 20 deep. Fans have staked their perches on the floor long before the opening act is due on stage. Outside the arena, ticket re-sellers are scarce; no one is selling. 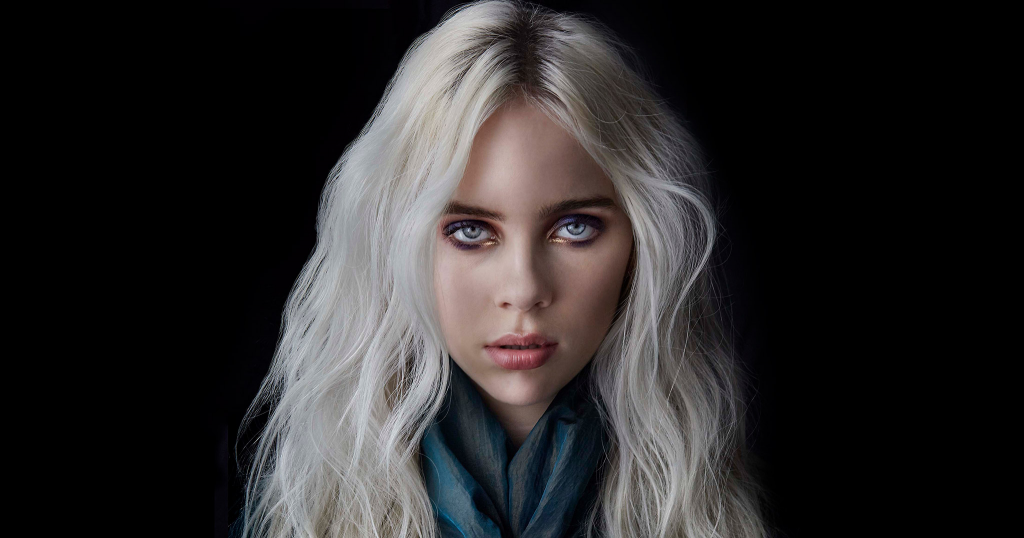 That was the scene Friday night at the Silverstein Eye Centers Arena in Independence, where 17-year-old Billie Eilish drew a crowd of more than 5,500. It would be her second performance in this area in about a year. Her first was in April 2018, when she sold out the RecordBar, drawing a crowd of about 400.

Much has transpired in that year for Billie Eilish Pirate Baird O’Connell, born, raised, and home-schooled outside of Los Angeles.

In April, she released her first full-length album, When We All Fall Asleep, Where Do We Go. In the three years prior to its release, she had aroused a gust of online hype and interest by streaming several singles via SoundCloud, starting with OceanEyes, released when she was 14.

Her music and its attendant hype caught the attention of several labels. She would sign with Interscope, which assigned her to its subsidiary, Darkroom Records, a name appropriate for her music, which can get moody and gloomy as it explores the psyche of an artful, precocious teen.

Her first EP, Don’t Smile At Me, went gold or platinum globally; When We Fall Asleep hit No. 1 in a dozen countries; and Eilish graduated from clubs like RecordBar to theaters and arenas around the world, prompting lofty praise like this, from a recent review of one of her three sold-out shows in London: “A transcendent show from a once-in-a-generation star.”

Hype can be fleeting and fickle and prone to expiration. It has been known to sabotage the careers of those whose talent ultimately can’t live up to the high expectations. Friday night, Eilish justified the hype and exceeded expectations.

“Transcendent” is a fair description of a performance executed by a teenager not old enough to vote (she did, however, enlist a small pack of volunteers to wander through the crowd before the show, offering to register fans to vote).

Other than her uninhibited enthusiasm, nothing about Eilish is youthful or naïve. Her lyrics brim with personality and insight, sometimes dark, sometimes humorous. They candidly explore issues that most teens confront: sexuality, gender identification, self-esteem, suicide, death, drug dependence.

Her music is an engaging hybrid of pop and electronica with some overt hip-hop accents. On stage, dressed in androgynous, baggy clothing, she prances, dances, and gestures like a rapper. Between songs, she is warm, smart and engaging, void of platitudes and clichés.

She was supported by her brother, producer, and songwriting collaborator, 21-year-old Finneas O’Connell, on synths and guitars, and a drummer, Andrew Marshall. Behind them, a triptych of  massive LED screens fed the crowd blasts of visual stimuli, including scenes from Eilish’s provocative videos, such as You Should See Me In a Crown and its notorious spider scenes. 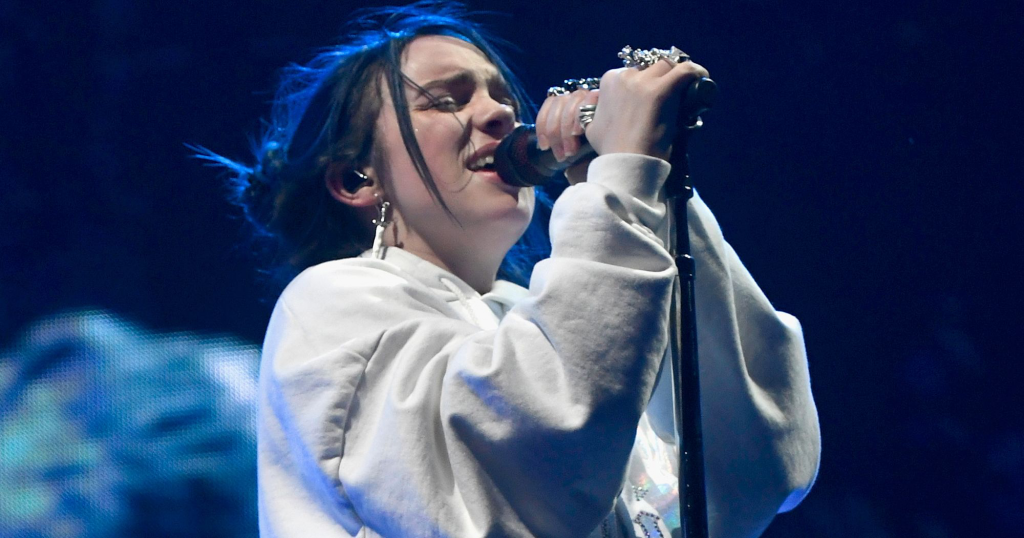 They opened with Bad Guy, a track from When We Fall Asleep, which set the mood for the ensuing 75 minutes: The sing-along was voluminous, as it would be for nearly every song that followed. It often consumed her voice, which at times can retreat into a whispery coo.

The personal connection her fans extract from her lyrics was palpable, similar in the way Tori Amos fans indulge in her confessional poems.

They would perform most of When We Fall Asleep and several tracks from Don’t Smile at Me, including Bitches Broken Hearts, which, Eilish said, hadn’t made the set list in a while.

During I Love You, a made bed with pillows was delivered to the stage so she and Finneas could re-enact the process of writing the song: in his bedroom studio in their parents’ modest bungalow in Highland Park. That bed would reappear during Bury A Friend, floating aloft, so Eilish could eventually treat it like a trampoline, bouncing on it like a toddler. 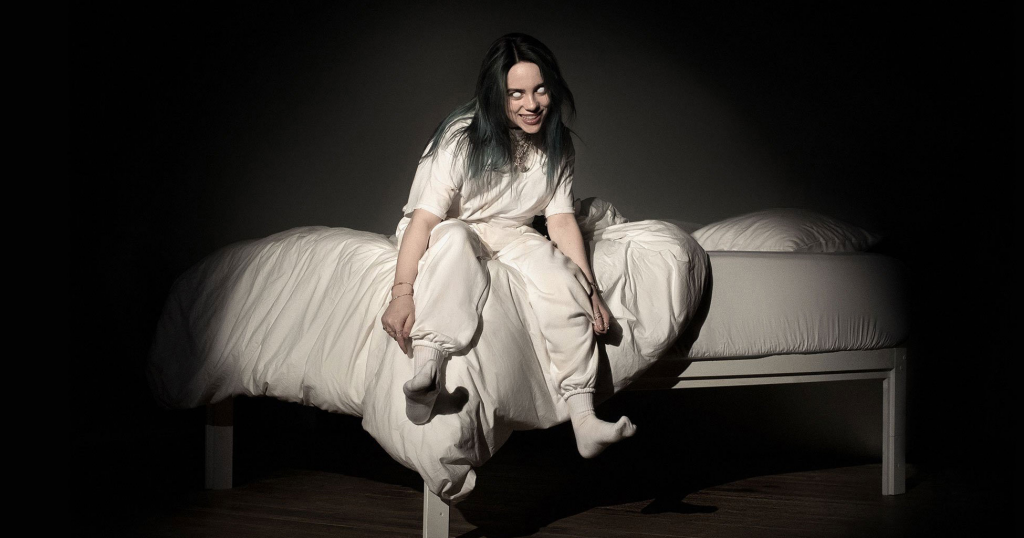 Each song prompted an uproar of approval, none louder or more uproarious than Ocean Eyes, the song that introduced her to the music world and each fan’s first portal into Eilish’s evocative world. It was the kind of ovation/reaction Bruce Springsteen gets for Born to Run.

BeforeWhen The Party’s Over, Eilish preached about “living in the moment.” She asked fans to put away their phones and look her in her eyes, with their eyes. “This will be the only time we get this moment.”  Amid the torrent of goth-hued angst and teenage confessionals, the sentiment felt a bit New Age—adult, even. But her fans obliged.

And she had a point. They won’t likely experience another moment like that, not in a building that size. Her next appointment here will no doubt be in an arena thrice the size, if not a stadium. As long as she keeps feeding the hype.

Bad Guy; My Strange Addiction; You Should See Me In A Crown; Idontwannabeyouanymore; & Burn; Copycat; When I Was Older; Wish You Were Gay; Xanny; All The Good Girls Go To Hell; Ilomilo; Bellyache; Bitches Broken Hearts; I Love You; Ocean Eyes; When The Party’s Over; Bury A Friend