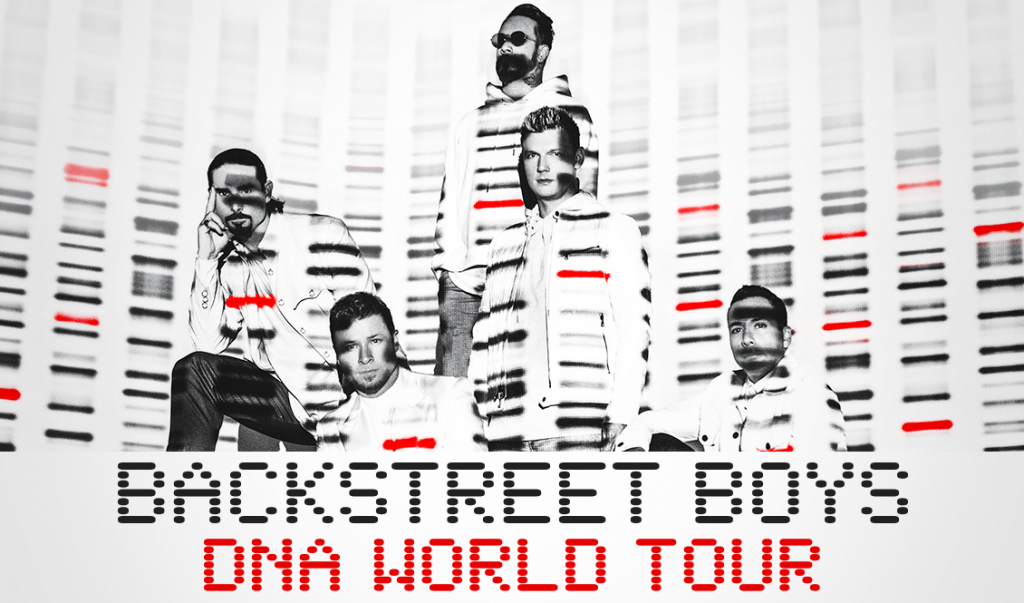 The Backstreet Boys don’t consider their DNA Tour a reunion or a revival.

“Backstreet’s back” may be their motto but the strong insinuation at Saturday’s kinetic sold-out show at Sprint Center: We never went away and we’re not going anywhere soon.

For nearly 150 minutes, one of the most commercially successful boy bands in music history took a crowd of about 15,000 on a journey that revisited the group’s earliest hits but also focused most heavily on DNA, their ninth studio album, released in January—23 years after their debut.

The new material, rife with bright, brash melodies and gooey grooves, meshed easily with the old, but it was clear all night what the crowd, comprising mostly women ages 25 to 40, came to hear: The sounds of their girlhoods. They got what they came for, lavishly. 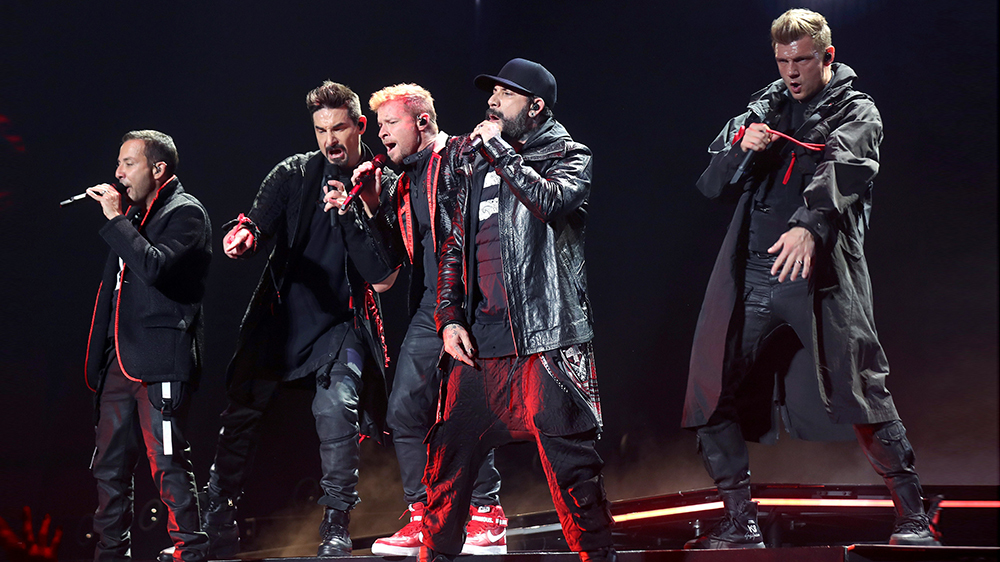 The Boys performed all night to pre-recorded music—no live band in sight—and with the help of some vocal additives, passing lead vox duties from one to another like a baton in a relay race.

Nonetheless, the vibe in the arena was electric throughout, including the consistent gales of high-pitched screaming, just like the old days.

The DNA theme was evident all night, even before the Boys took the stage. The opener was Baylee Littrell, 16, son of Backstreets’ Brian Littrell, proof, I suppose, that the music gene doesn’t fall far from the DNA tree.

Later in the show, the Boys talked warmly about their wives and families. All five are married, four with children. And Nick Carter, the youngest (39), announced he and his wife are soon expecting their second son.

During one interlude, Kevin Richardson greeted his wife, an Overland Park native, and all his relatives present. A loyal Chiefs fan, he recalled that they met back when Joe Montana was the Chiefs quarterback. Late in the show, he shed the long white jacket he was wearing to unveil a home Patrick Mahomes jersey, which ignited a widespread roar.

The show was a prolonged, loud spectacle replete with wardrobe changes and plenty of visuals: a satellite stage that levitated; bursts of flash pots and confetti; an enormous LED screen with a scoreboard motif that blasted a wild mix of videos and graphics; and a main stage embroidered with neon lights that changed colors regularly.

The set list comprised nearly three dozen songs, but they fudged on several, singing only the first verse and chorus or skipping a verse or two—not exactly medleys, but close to it.

To their credit, the Boys embraced their stations in life—40-ish husbands and dads who focus primarily on family. Their choreography showed adjustments to that, as well: Nothing too demanding that might pull a hamstring or strain a calf or Achilles’ heel. For the most part, the dancing was in-time and synchronized all night.

To no one’s surprise, the oldies prompted the loudest screams, the longest ovations and the heartiest sing-alongs, starting with Show Me the Meaning of Being Lonely, which came early in the set. 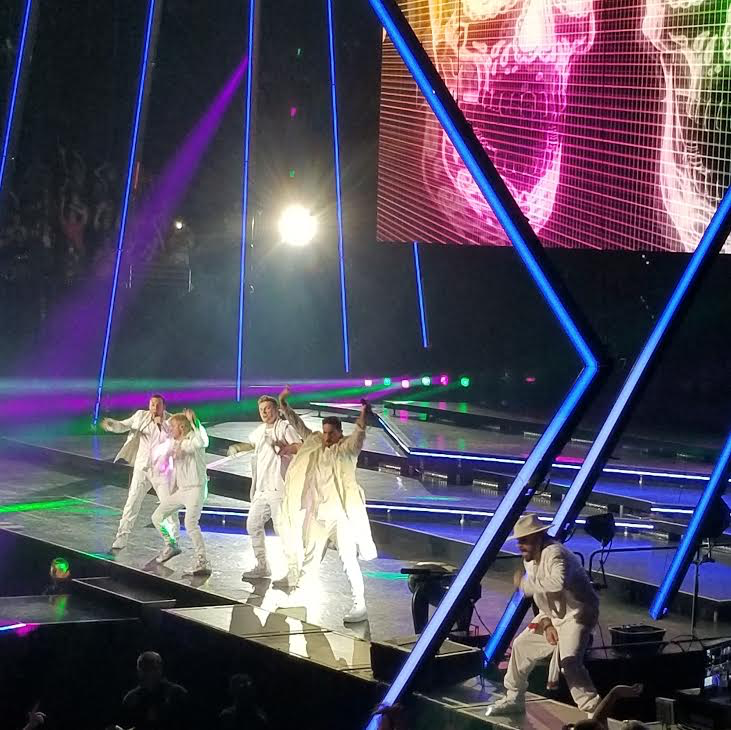 Likewise with the back-to-back Quit Playing Games With My Heart and As Long as You Love Me and then the two songs they performed on the elevated stage Don’t Wanna Lose You Now and I’ll Never Break Your Heart. All turned the crowd into one enormous chorale.

Amid the hits and favorites, some of the newer songs generated plenty of good times, including Don’t Go Breaking My Heart, one of the two encores.

They closed in a bigly way, ending the first set with two from the Millennium album: The One and then I Want It That Way, a ballad as tender as it is melodic.

For the encore, after Don’t Go Breaking My Heart, they sent the crowd into one more fit of nostalgia and euphoria with Larger Than Life, another jackhammer funk-pop tune with a mildly libidinous verse that is a salute to their fans, whose time “keeps us alive.”

Many of those fans have been doing it faithfully for nearly a quarter of a century, and, given the gusto they exhibited Saturday night, it doesn’t appear that they’ll be stopping any time soon.

Everyone; I Wanna Be With You; The Call; Don’t Want You Back; Nobody Else; New Love; Get Down (You’re the One for Me); Chateau; Show Me the Meaning of Being Lonely; Incomplete; Undone; More Than That; The Way It Was; Chances; Shape of My Heart; Drowning; Passionate; Quit Playing Games (With My Heart); As Long As You Love Me; No Place; Breathe; Don’t Wanna Lose You Now; I’ll Never Break  Your Heart; All I Have to Give; Everybody (Backstreet’s Back); We’ve Got It Goin’ On; It’s Gotta Be You; That’s The Way I Like It; Get Another Boyfriend; The One; I Want It That Way. Encore: Don’t Go Breaking My Heart; Larger Than Life.