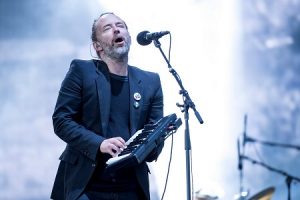 A get-it-on-your-calendar alert! Radiohead’s popular frontman Thom Yorke just announced an upcoming winter solo tour and—lo and behold—Kansas City is on his itinerary. That’s good news for Radiohead fans when he brings his amped-up electronica to Arvest Bank Theatre at the Midland on Sunday, December 9th. “It will be a live electronic performance with Nigel Godrich and visual artist Tarik Barri,” according to the press release. “Support will come from special guest Oliver Coates.” Sounds like a trifecta of music and artistry.