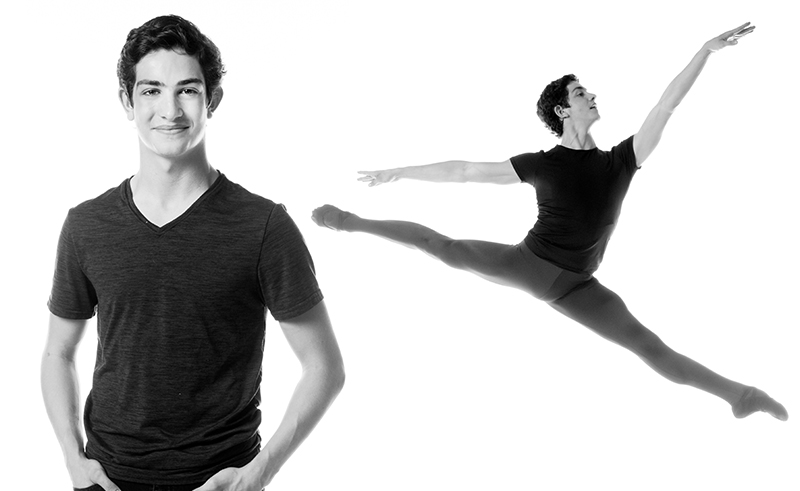 We have ballet royalty among our ranks in Kansas City! Kansas City Ballet company dancer Joshua Kiesel has been selected to compete in the Helsinki International Ballet Competition—and it’s a huge deal.

“Joshua will be the sole American representing the United States in the senior men’s division for the 2022 HIBC—which is basically the Olympics for ballet,” says Devon Carney, the Kansas City Ballet artistic director. “This is extremely significant not only for him and for his career, but for our company as well.”

Regarded as one of the most competitive ballet competitions in the world, HIBC takes place every four years—a once-in-a-lifetime opportunity for many of the competitors.

Kiesel’s achievement has been years in the making. He started dancing at the age of five and began his professional training at the Faubourg School of Ballet in Hanover Park, Illinois, before receiving a full-ride scholarship to the Washington School of Ballet.

The 2021-2022 season was Kiesel’s third year with KC Ballet and his first as an apprentice where he took on corps de ballet roles in The Nutcracker and Swan Lake.

With two elimination rounds leading up to a final round, Kiesel will be prepared to perform up to six different excerpts, both classical and contemporary. He’s prepared dances from Don Quixote, Swan Lake, Giselle, Diane and Acteon, Vectors, and Lacrymosa.

The world’s top ballet dancers will converge at the Finnish National Opera and Ballet for the competition from May 30 to June 6, and we’re ready to cheer on Kiesel.

IN Conversation With Christine Colby Jacques