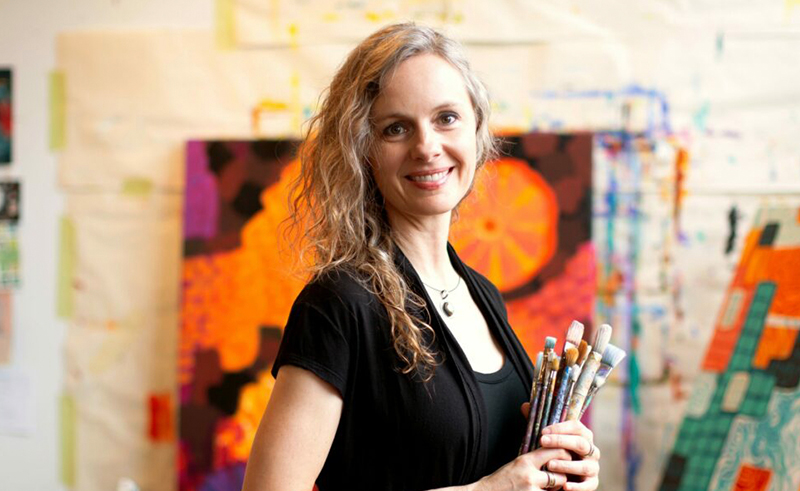 When Jenny Hahn was a student at the Kansas City Art Institute in the late 1990s, she discovered that making art helped her through a journey of self-healing and discovery while struggling with anorexia and the shame, self-doubt, and anxiety that came with it.

“I went in thinking I should go into commercial art,” says Hahn. “But while I was doing more commercial projects I really focused more on painting for myself—for my own heart, my own soul, and it was really transformative.”

Fast forward a few decades and Hahn is using the meaning behind her art to help others with self-reflection. With her business partner, Jessica Ricchetti, Hahn has designed two 44-card oracle decks: Wisdom of the Shadow Oracle and Wisdom of the Divine Feminine. 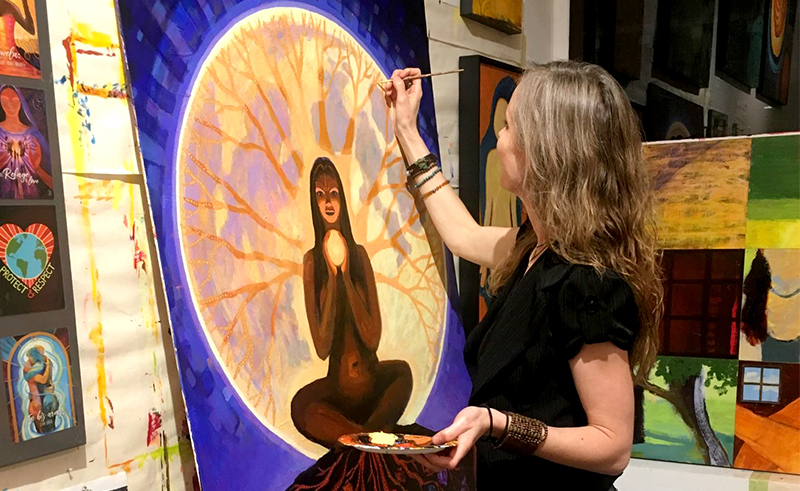 While many oracle and tarot decks are used as predictive tools, Hahn and Ricchetti’s decks guide users through self-discovery and reflection.

“Releasing that first deck to the world was kind of like baring my soul,” says Hahn. “As soon as feedback started coming in, it was so touching and affirming. All of a sudden I had people from countries all over the world—particularly here in the U.S.—sharing their hearts.” 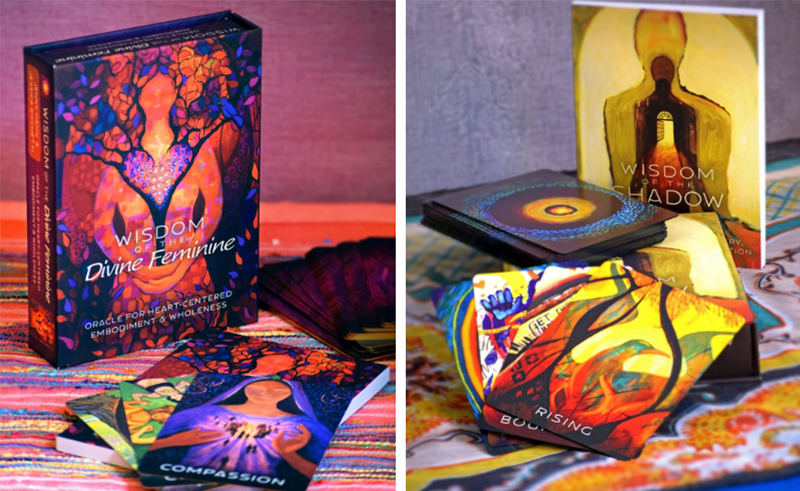 Since releasing Wisdom of the Shadow in 2021, copies of the decks have sold all over the world. The second deck, Wisdom of the Divine Feminine, just came out, and it builds on the themes and reflection prompts from the first oracle deck.

“For someone who’s never picked up an oracle deck before, they’ll be able to use the guidebook—there’s a page for every card with the word and the image, and then there are also contemplations you can use as journal prompts or meditation,” Hahn says. “I think that even for folks who are not particularly religious or spiritual just having the tools to answer those inner questions is what’s important. To look at, ‘what am I feeling?’ instead of burying it or pushing it down.”