Everybody wants to be fewer than six degrees from the bad boy who shook his booty and taught us all how to cut loose, right? Kevin Bacon brings his familiar smooth air to a new dark thriller. The film You Should Have Left follows Theo Conroy (Bacon), his second wife Susanna (Amanda Seyfried) and their daughter Ella (Avery Essex) to Wales for a soothing family vacation meant to knit them closer together.

The vacay mainstay is haunted.

Based on the Daniel Kehlmann novel, You Should Have Left terrifies. It’s a tunnel where we have ourselves reflected back to us—that is, when we are honest about what we see and choose to take responsibility for it. Bacon took time for a little chat with IN Kansas City magazine about his recent trip to the dark side.

Thank you so much for talking with me. I’m coming to you from Kansas City. I know you’ve toured here as a musician. I have to ask, what is your favorite thing that you’ve done here?
“Oh wow, we always have a plan to try to get some of that famous barbecue, and we love the crowds. It’s a great place to play. We’re always looking forward to coming back.”

I know we are looking forward to having you back. We know you from so many different genres of movies. Why was You Should Have Left—psychological horror—the right film?
“Well, I had done a movie with the writer/director 20 years ago. His name is David Koepp. As soon as we wrapped that movie, I kept saying we have to do this again, we got to do this again. Not too many people hire me twice. Took me 20 years to chip away at him and talk him into taking this journey with me again. But once he got this seed of an idea, I could see the wheels turning. And even though it had taken 20 years to get there, the point at which we started thinking about a thriller surrounding a marriage was very quick. Got it outlined, he wrote a script, we took it to Blumhouse. They wanted to make it, we went to Wales and all of a sudden we turned around and the two of us looked at each other and said, ‘We can’t believe we’re doing this again.’”

Thank you for doing it again. I’m gonna be honest with you. I am not a horror movie-kinda-girl, so during the very first scene I was screaming. I had to pause the video a couple times and catch my breath …
“I like it.”

… but this is a Blumhouse movie so we know that it’s also coupled with profound human sentiment, such as how we feel about aging. Why is it important to explore and display that experience?
“Yea, I think a part of it is that I’m aging. One of the great things about being an actor is that your roles are reflective of what you have to be going through in life. Sometimes they’re not, but a lot of times they line up pretty well. David is a little bit younger than me, but also in similar kind of situations—he’s on his second marriage. All of these of things were really kind of specific in trying to build this paranoia [my character] has about whether or not he’s still relevant and whether or not he’s at a point where he’s losing his power. A lot of men go through that. I wouldn’t know, but probably some women too.” 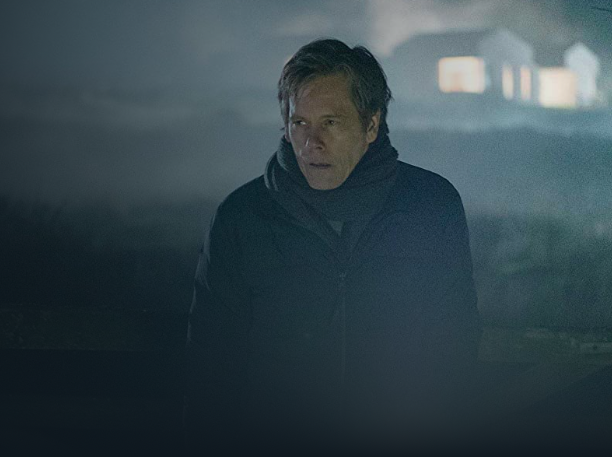 I’ll say yes.
“In a different way. So those were the things we wanted to tap into and have a basis to start a scary ‘house’ movie. And, also, we wanted to really look at—both David and I have daughters— you know, that’s a special relationship.”

I think that’s another thing that was so profound about the movie. Not just the marriage, the grappling with your sense of relevance but the father/daughter relationship and how far we’re willing to go for our kids.
“Thank you.”

Thank you so much. It’s been an incredible treat talking with you.
“Back’atcha.”

You Should Have Left now on VOD.