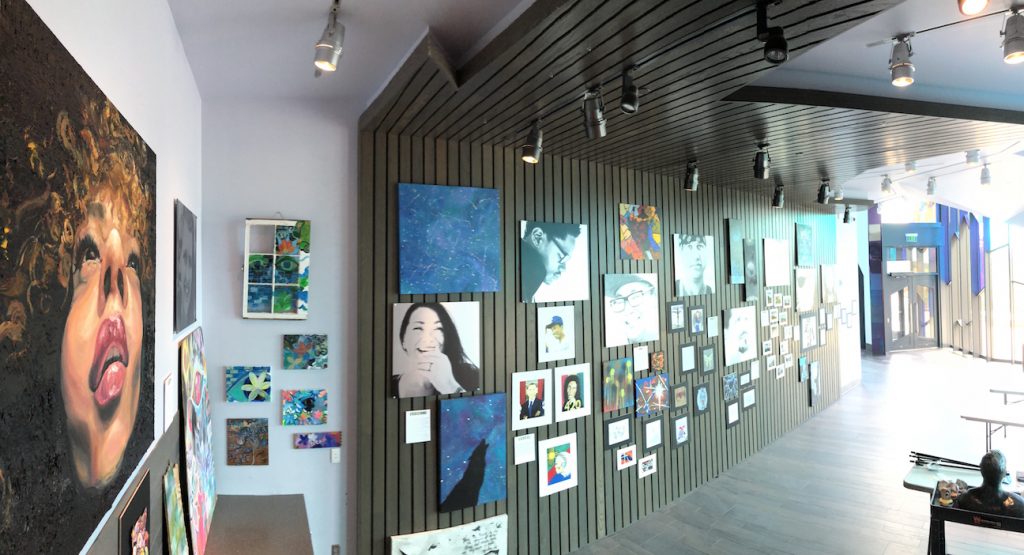 A powerful new exhibit featuring works by 12 homeless or recently homeless artists is helping to raise awareness for the cause. The artwork—designed to challenge perceptions of the homeless and showcase their talents—is on display at the Museum at Prairiefire through the end of the year. What was the genesis behind the project? A litany of philanthropic endeavors by presenting sponsor MarksNelson, but mostly to give the artists a voice and a chance to validate their self-worth. “It wasn’t the material act of giving that touched them the most; it was the emotional act of giving by taking time to listen to their stories and talk with them,” says Kim Woirhaye-Reid, who helped curate the exhibit. “We hope InVisible stimulates conversation on how to make a positive impact on our community.” 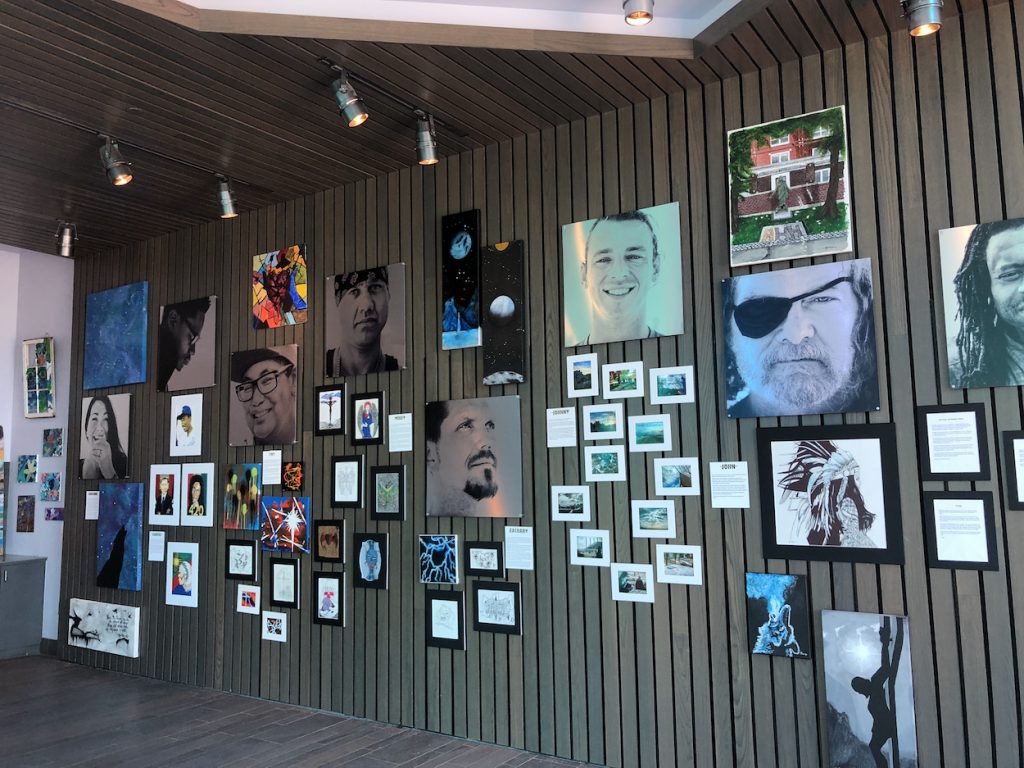 InVisible is part of MarksNelson’s Marks of Kindness program, which uses creative, innovative methods to inspire its workforce to serve the community, make an impact, and move it forward. While looking for a way to celebrate MarksNelson’s 50th anniversary this year, the local accounting and consulting firm was eager do something out of the box and would tie-in with their legacy of giving.

Finding homeless artists to participate was no easy task—especially when several were initially wary of the project. Turns out, gaining the trust of the artists was no easy task. “As you can imagine a lot of the homeless struggle with trust, put up barriers, and don’t let a lot of people in,” says Woirhaye-Reid. “It took going out each week and interacting with the artists at their camps to build a relationship. I often would bring art supplies such as pens, paper, paints each time I visited.”

Several artists dove right in to the project. Others had to be persuaded to join in the brigade of art. “One of the artists shared all of his life he’s felt unworthy but walking in an seeing his art hanging in a museum was a game changer for him,” says Woirhaye-Reid. “His heart is slowly healing, and that’s a great start!”

Much of the art was created while the artists were on the streets. Many of them telling Woirhaye-Reid that creating was a way for them to escape and to feel part of something. Lexy, one of the artists, would dumpster dive looking for anything she could use for her artwork. The result? Some amazing pieces created merely from large sheets of plywood and spray paint. “This exhibit is a chance for people to see we are human too. We are all equal. Being houseless doesn’t make you a bad person or less deserving of kindness and love,” says Lexy. “We have struggles just like everyone else, but often they are more immediate like food, or getting out of the freezing cold.”

All of the artwork in the exhibit is for sale with 100 percent of the proceeds going back to the individual artists. “For most of my life, I’ve felt I wasn’t good enough or deserving. I turned to drugs and ended up homeless. But my life completely changed this spring after I was selected to be part of the InVisible exhibit,” says Mikey, one of the artists. “It basically saved my life. It gave me something to look forward to and made me feel worthy. I checked myself into rehab and am thankful for this fresh start.”

The InVisible exhibit is free to the public and open through the end of the year during regular hours of operation at Museum at Prairiefire of Overland Park.