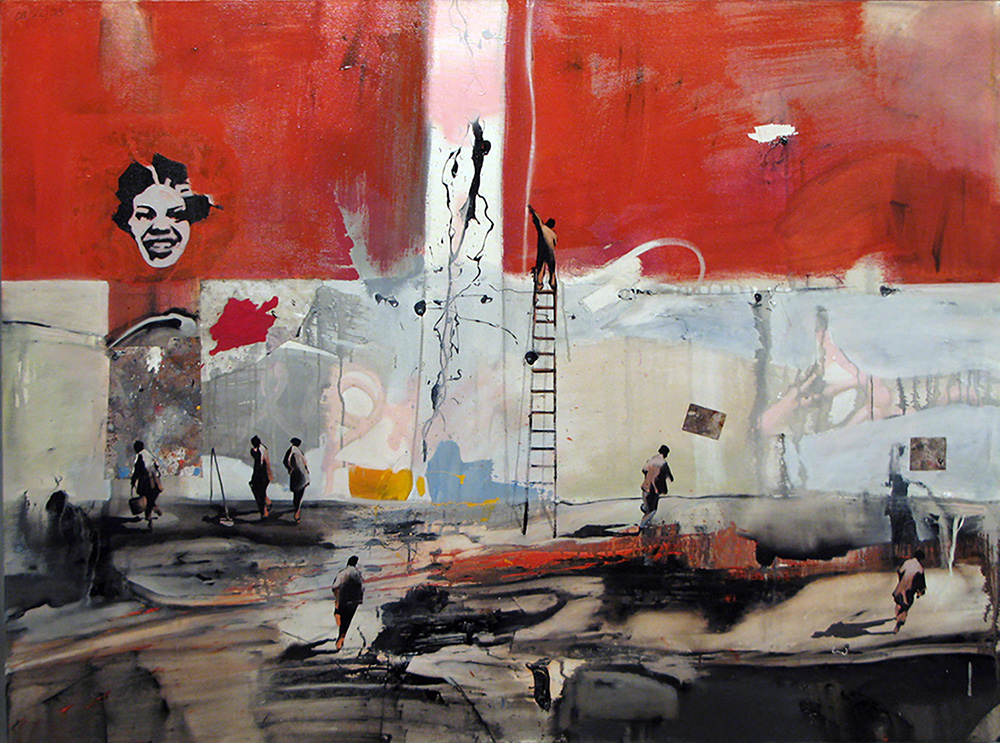 Why “Deconstructing” this contemporary artist? Because there’s a lot going on in each multi-layered work of paint, collage, and found objects. Born in 1968 to a German father and West Indian mother, American-born and bi-racial Marcus Jansen also grew up bilingual, in the Bronx and in Germany. His unique viewpoint was shaped by his service in the Gulf War in both Desert Storm and Desert Shield. After he was discharged from the military in 1997, he began painting again. As a pioneer of urban landscape painting, he mixes influences of New York Expressionism, pop art, graffiti, hip hop, and surrealism in his work, which also carries threads of social commentary. Continuing from November, the Deconstructing Marcus Jansen exhibit runs until the middle of September 2019 at the Kemper Museum of Contemporary Art.

Four Art Events Not to Miss in July