Whether it’s a painting, photograph, or hand-painted ceramic tchotchke from your Aunt Bessie, most everyone has one piece of art that truly resonates with them. We’re putting out the call to ask, “What’s your favorite piece of art?”

Up next, Raechell Smith, director and curator of the H&R Block Artspace at the Kansas City Art Institute, chooses a painting by David Ford. “David is a much-loved artist in Kansas City and many of us think of him as one of the most important community builders in the city. When I bought the artwork, I didn’t know David well but I knew he was really well-respected by other artists, and he was considered an important figure in the local art scene,” says Smith. “He has supported a lot of other artists starting their careers, showing their work, and starting businesses of their own.” 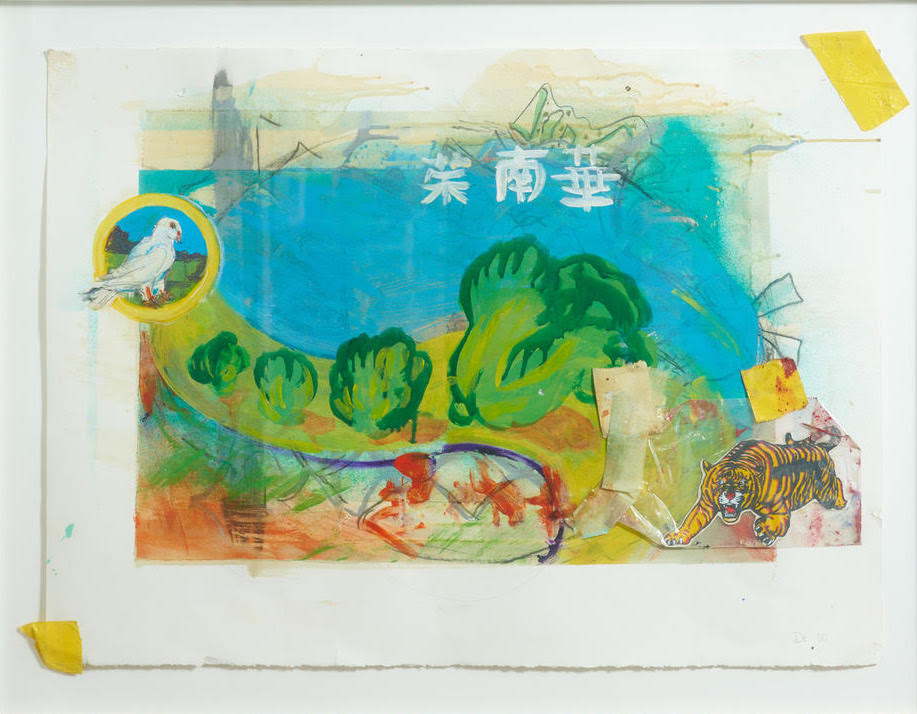 Is there a backstory to the artwork?
“This was actually one of the first works of art I purchased—and it was a big deal for me. I think I even had to make a few payments! I had invited David, along with about 100 other local artists, to participate in this new exhibition format at the Artspace—the Kansas City Flatfile.

When the Flatfile began back in 2000, I literally called up all the artists I knew, asked them to call their friends, gather and put their artwork into these custom-made portfolios. All the portfolios were placed into architectural flatfile cabinets and set up in the middle of the gallery. You could come into the Artspace and just look through these portfolios and discover hundreds of works by all these great Kansas City artists.

The Kansas City Flatfile is now a biennial project hosted by the Artspace and the 10th version opens July 23rd. So, the discoveries are about to happen all over again.” 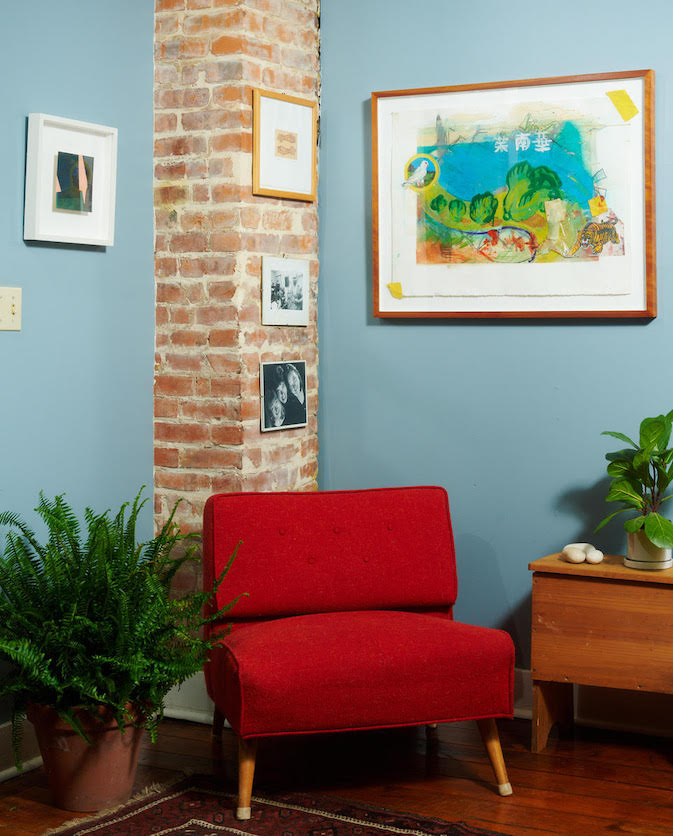 Describe the artwork’s nuances—or what catches your eye about the work.
“If you look closely, you discover all these little surprises. There are chunks of bright yellow tape on two of the corners. I imagine the tape must have been used to affix the paper to the wall in David’s studio at some point and then he just decided to leave them. There’s actually one other chunk of yellow tape that’s holding a fierce tiger collage in place.

Some areas are mysterious. You have to imagine why these disparate elements are all coming together—Chinese characters or pseudo-characters, a white bird in a golden medallion, sketchy mountains in the distance, a parade of odd tree or bush-like characters coming towards you. Maybe I like it so much because it reminds me to keep looking and watch out for the unexpected.”